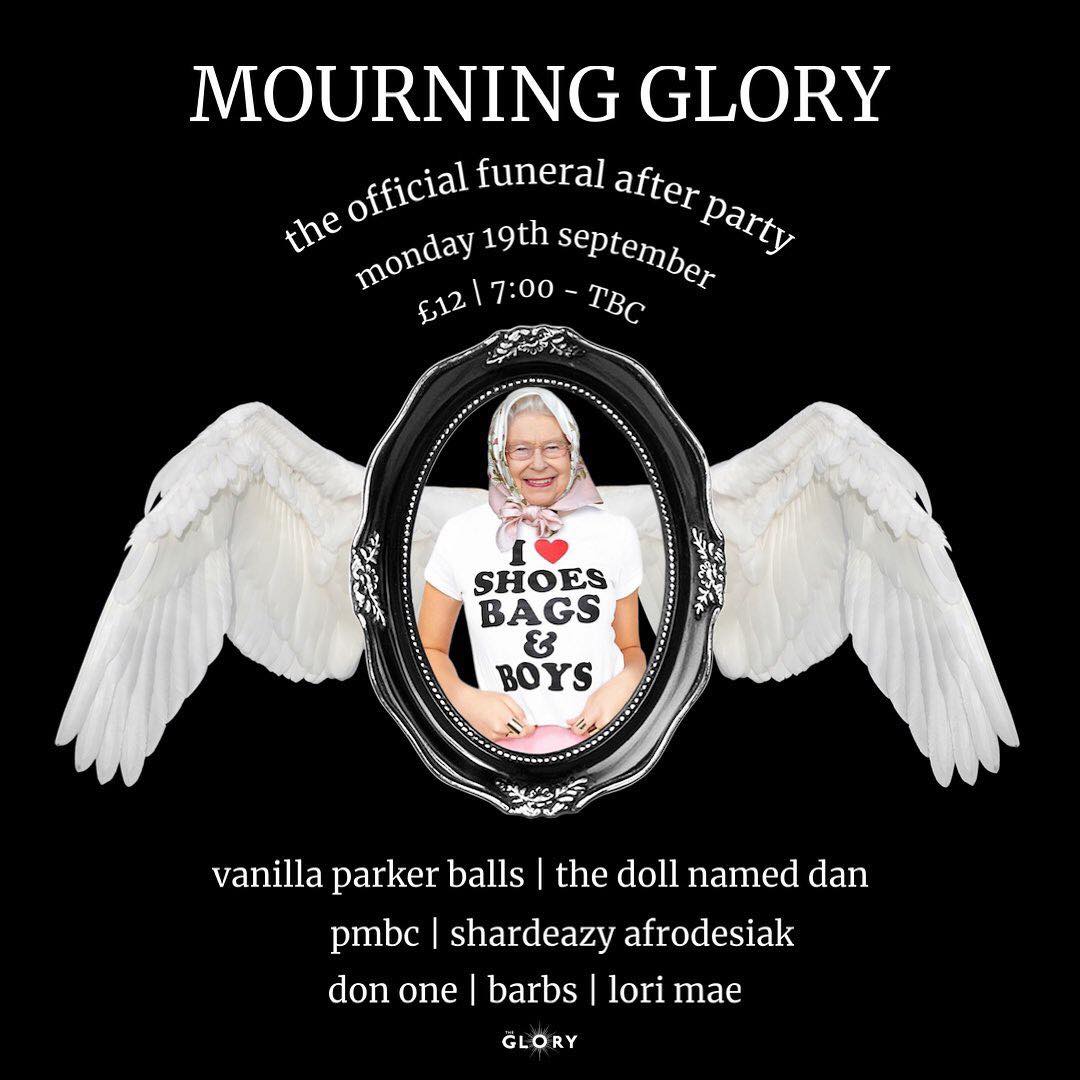 Due to a high demand from mourners, we have added a LATE SHOW!

The Early Show at 7:30pm has SOLD OUT, however we have added a LATE SHOW at 9:30pm. Tickets found below!

Rest in peace HRH!!!! Sad 🙁 Come and pay ur respects at QEII’s coffin at the ONLY official funeral after party!

And featuring OBE-award winning performances from: