ÓDÚ – Unplugged at The Glory 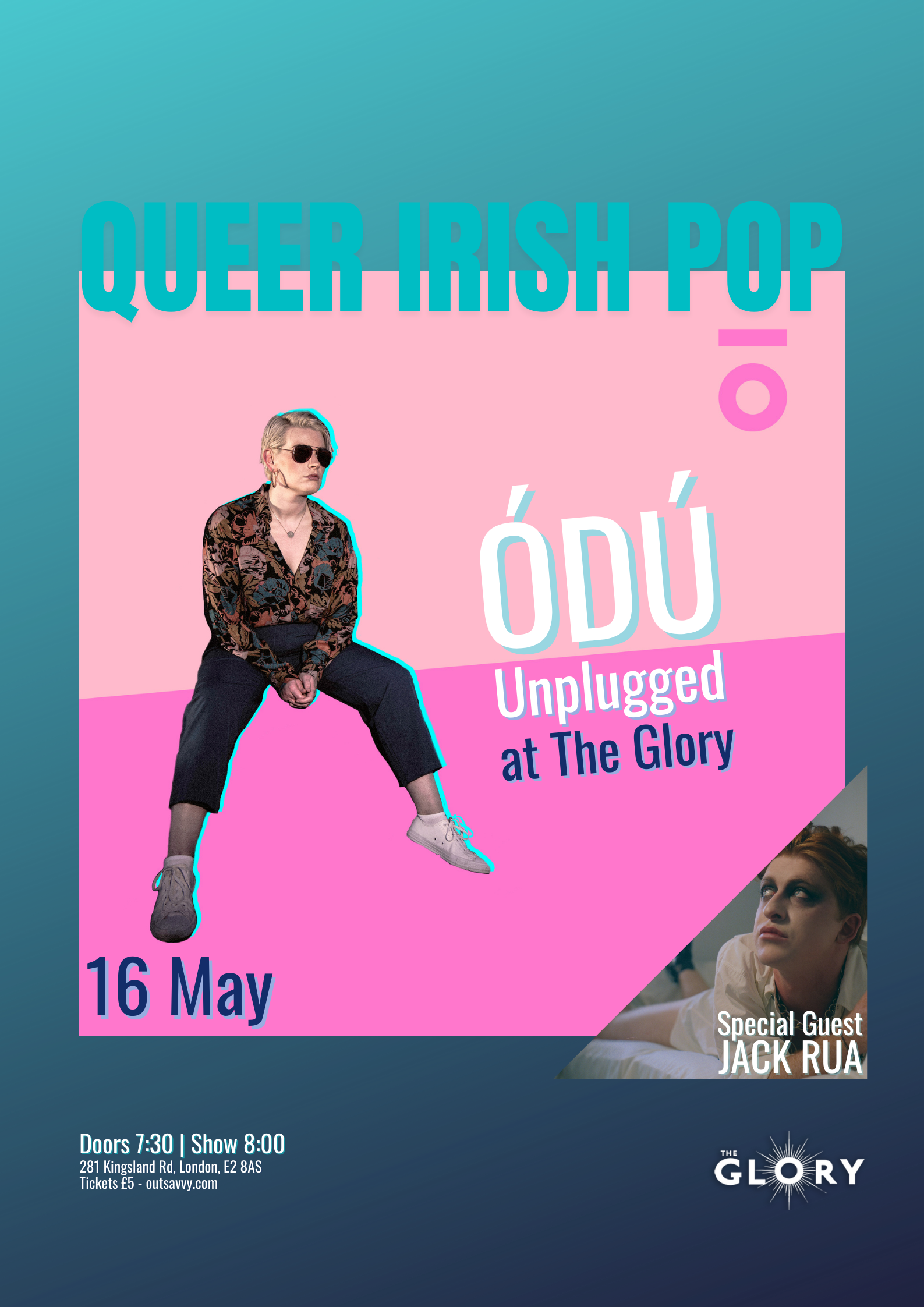 Bray native ÓDÚ has always been a self proclaimed singer and songwriter of pop music. She self released her debut EP ‘Conversations’ back in February 2017 and garnered rave reviews for its mix of electro pop, tropical pop and retro flourishes.

Since then ÓDÚ  has been playlisted on RTE Radio 1, 2FM, Today FM and numerous Spotify playlist including Fresh Finds and New Pop Revolution with singles such as Roots and The Feeling. In 2020, ÓDÚ  teamed up with songwriter Luke Foley to create indie pop duo Scenes From A Break and their debut single Silly Little Games was met with universal praise upon release. She has also written for television and theatre including original music for BBC’s ‘Nova Jones’ and Xnthony’s musical ‘Confirmation’.

In 2021 ÓDÚ  released her most successful single to date ‘Saturday’ to date – a cathartic, 80s inspired break up song which has now reached over 200, 000 streams. Her follow up single ‘Care’ will form the basis of a new EP in Autumn 2022.

“…one of the country’s most distinctive pop propositions.” – The Thin Air