Cast your eyes and ears back over the apocalyptic live streams brought to you by The Shed and company across the various lockdowns of 2020!

Back to Film Archive 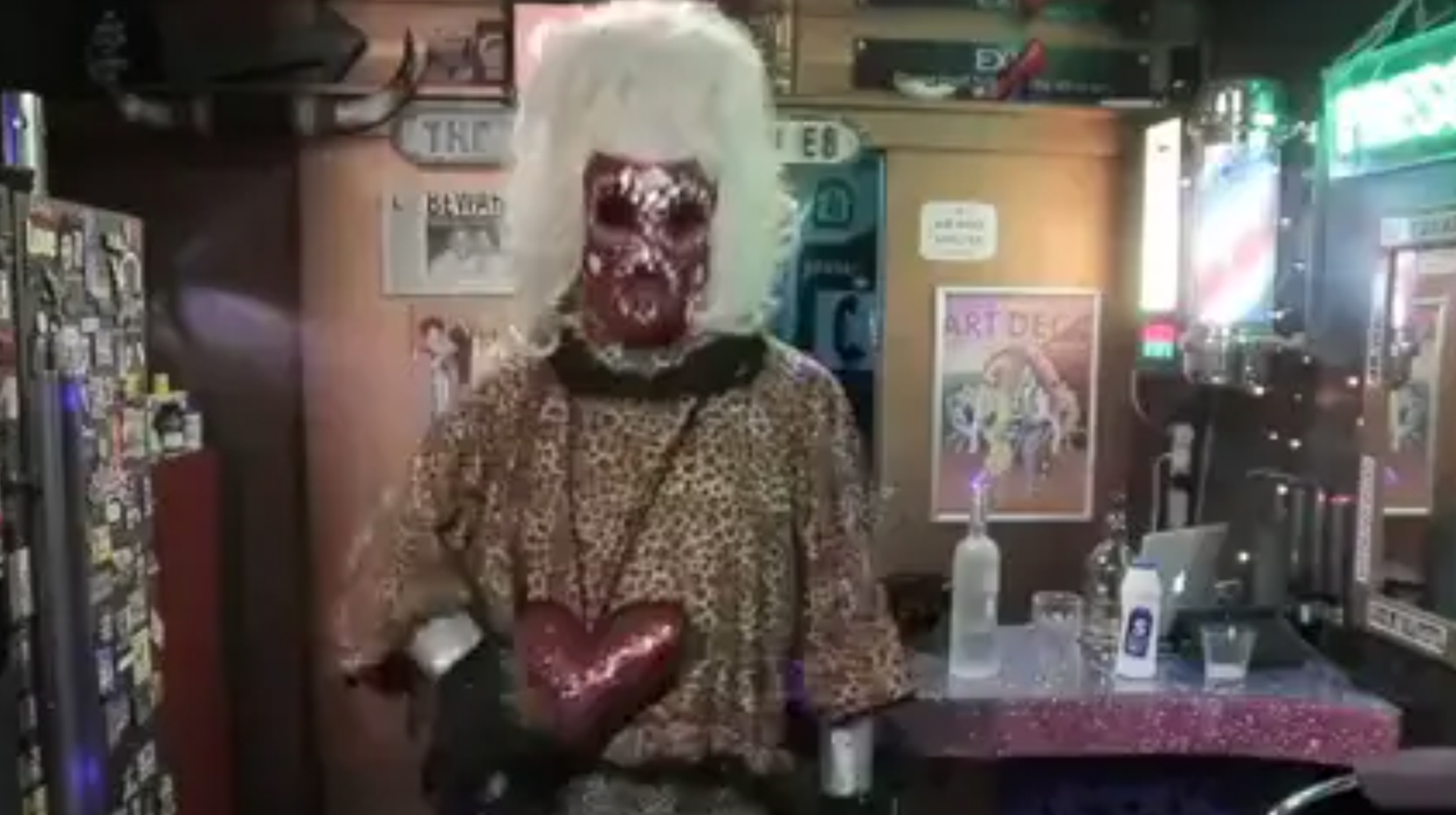 The Shed goes to Rome  as Emperor Claudius and Donatella fight to the Death on the light up dancefloor  – spurred on by Caligula Darling. Then the Pope pops in after he’s had one too many sherries and gets his bongos out.. of course! 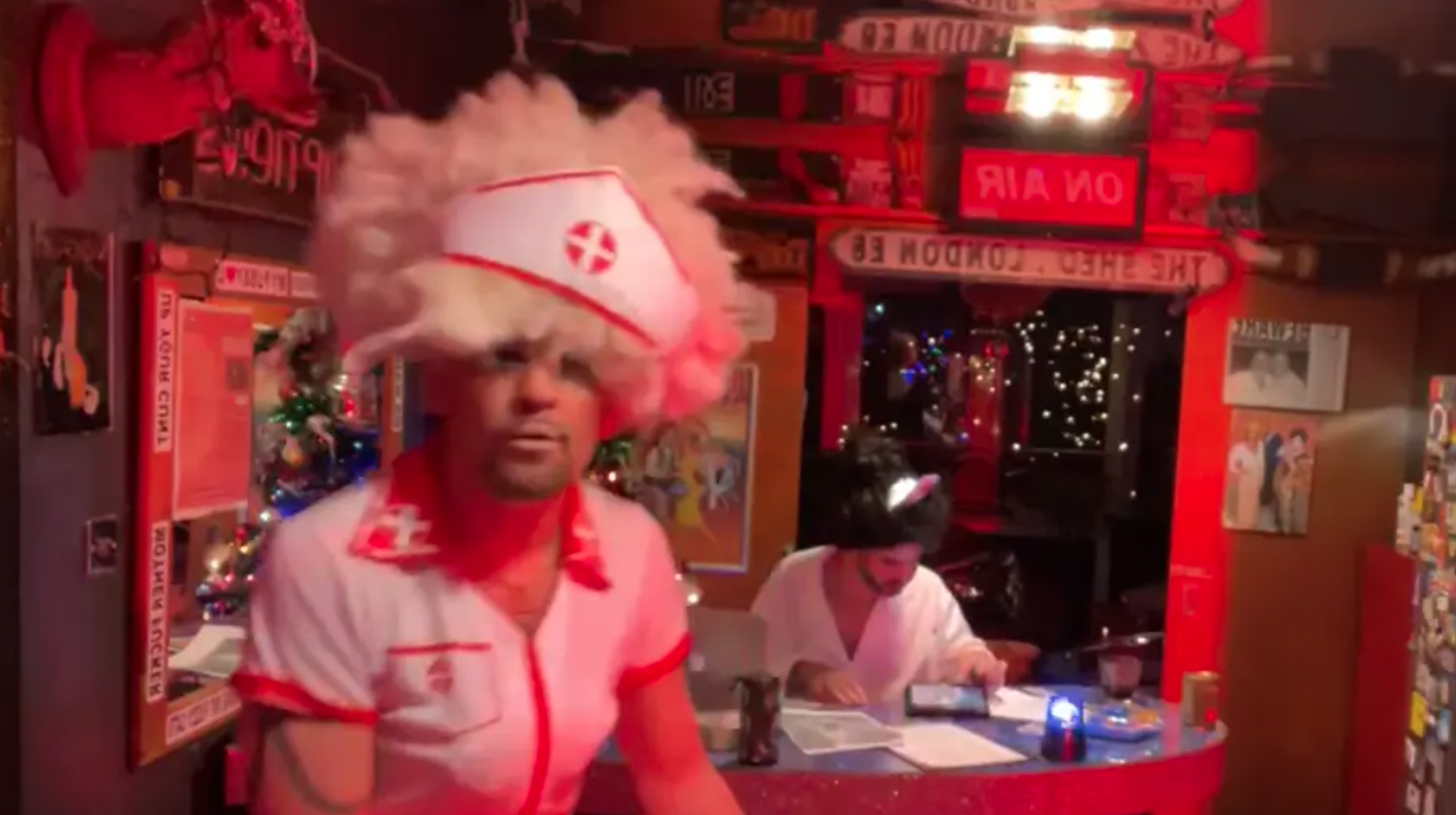 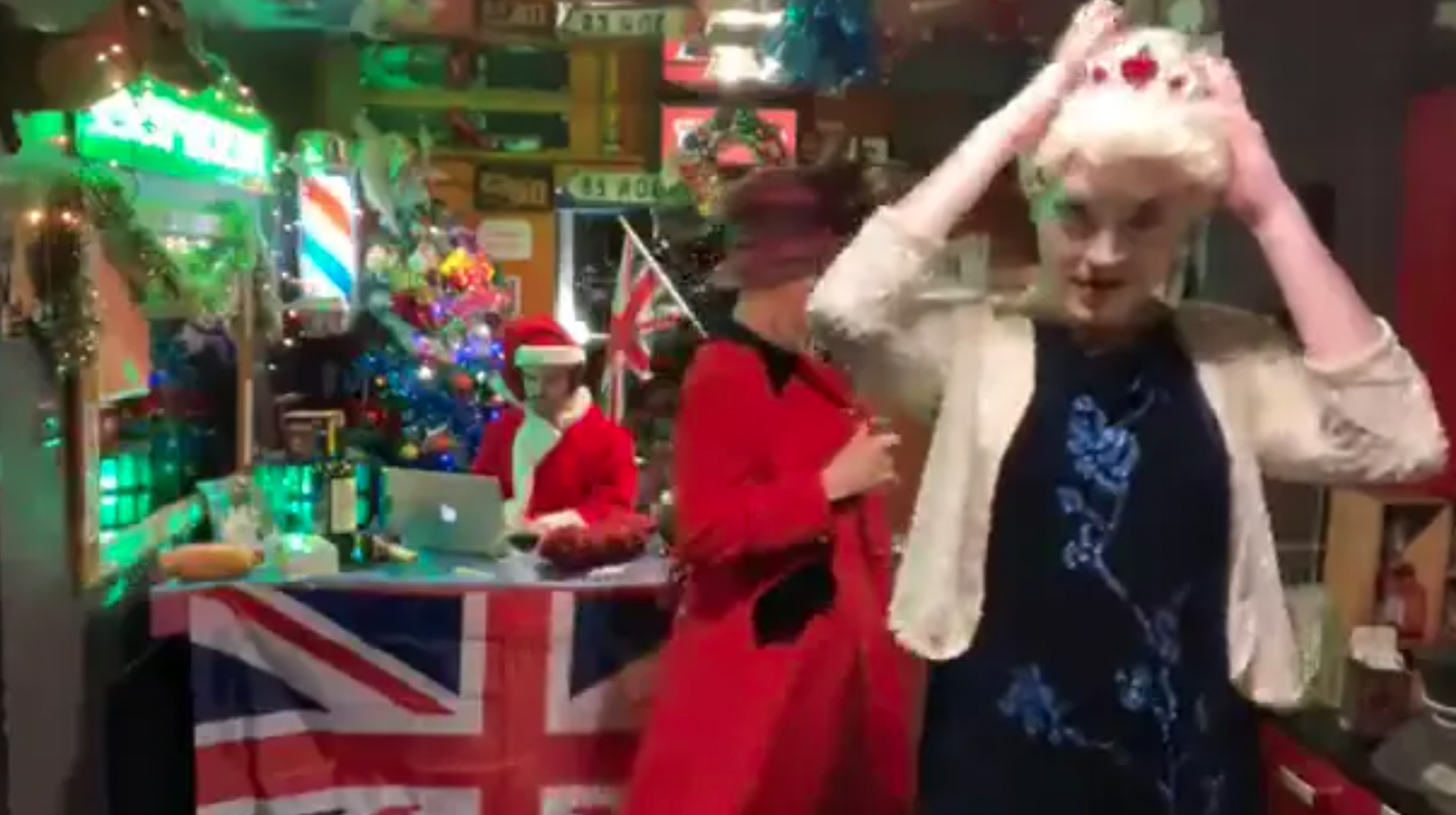 Join the Queen and Lady Di Wot Died as they host It’s a Royal Knockout in the Palace. See the Queen climb a phone box and talk to the locals, go hunting with Charles in London Fields and fight it out to become the nations’ Queens of Hearts. Until Camilla turns up and ruins everything! 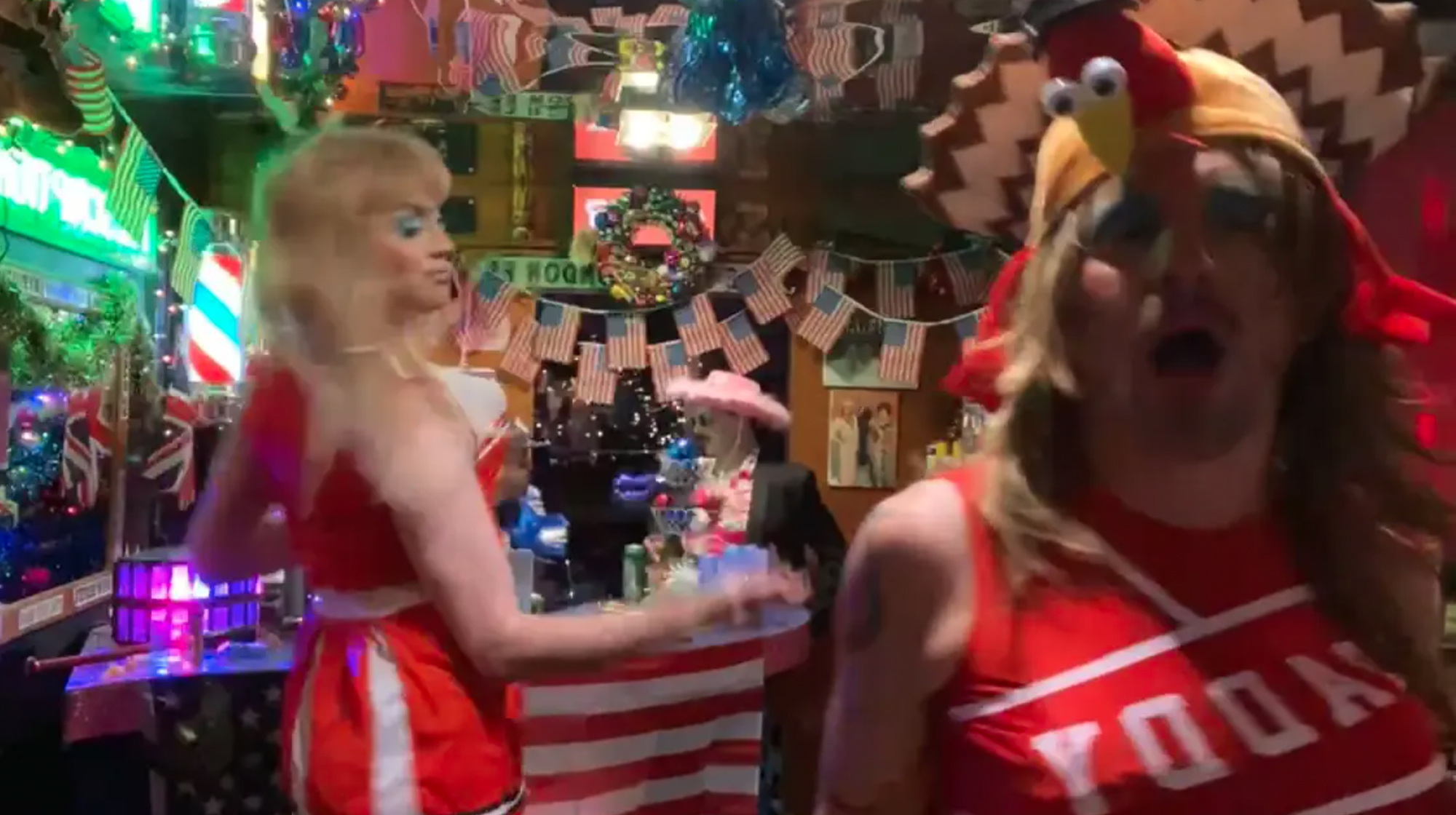 Join Meena and Regina as they prepare for an all night battering like only a good cheerleader can. Who’ll get cream pied and who’ll win the Dalston Gymkana? 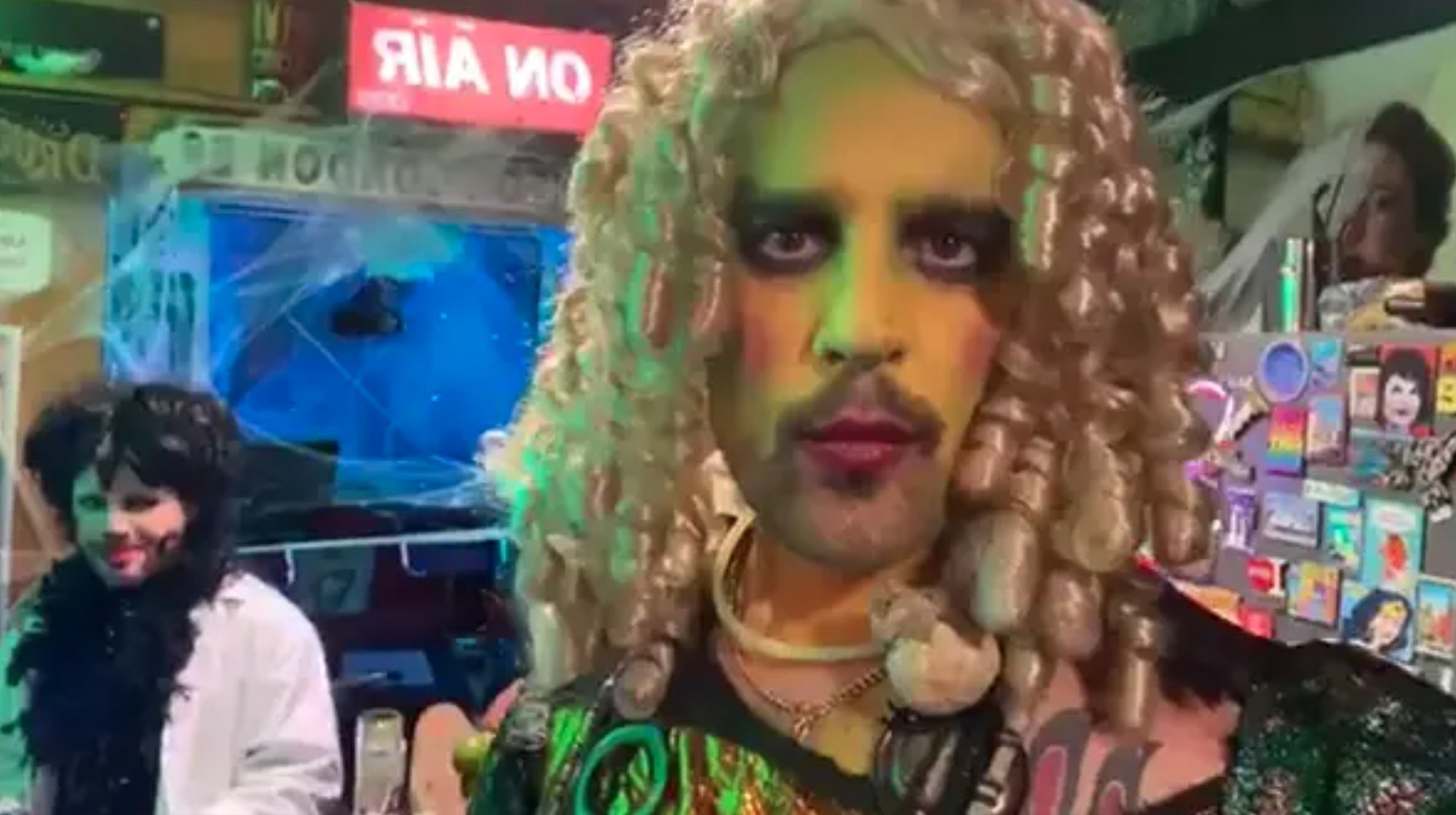 Join Seayonce, Moira Rose and Baby Jane Hudson as they host a Fright Night to remember. Who’ll win Truth or Dare and are there some things that are best left unsaid? 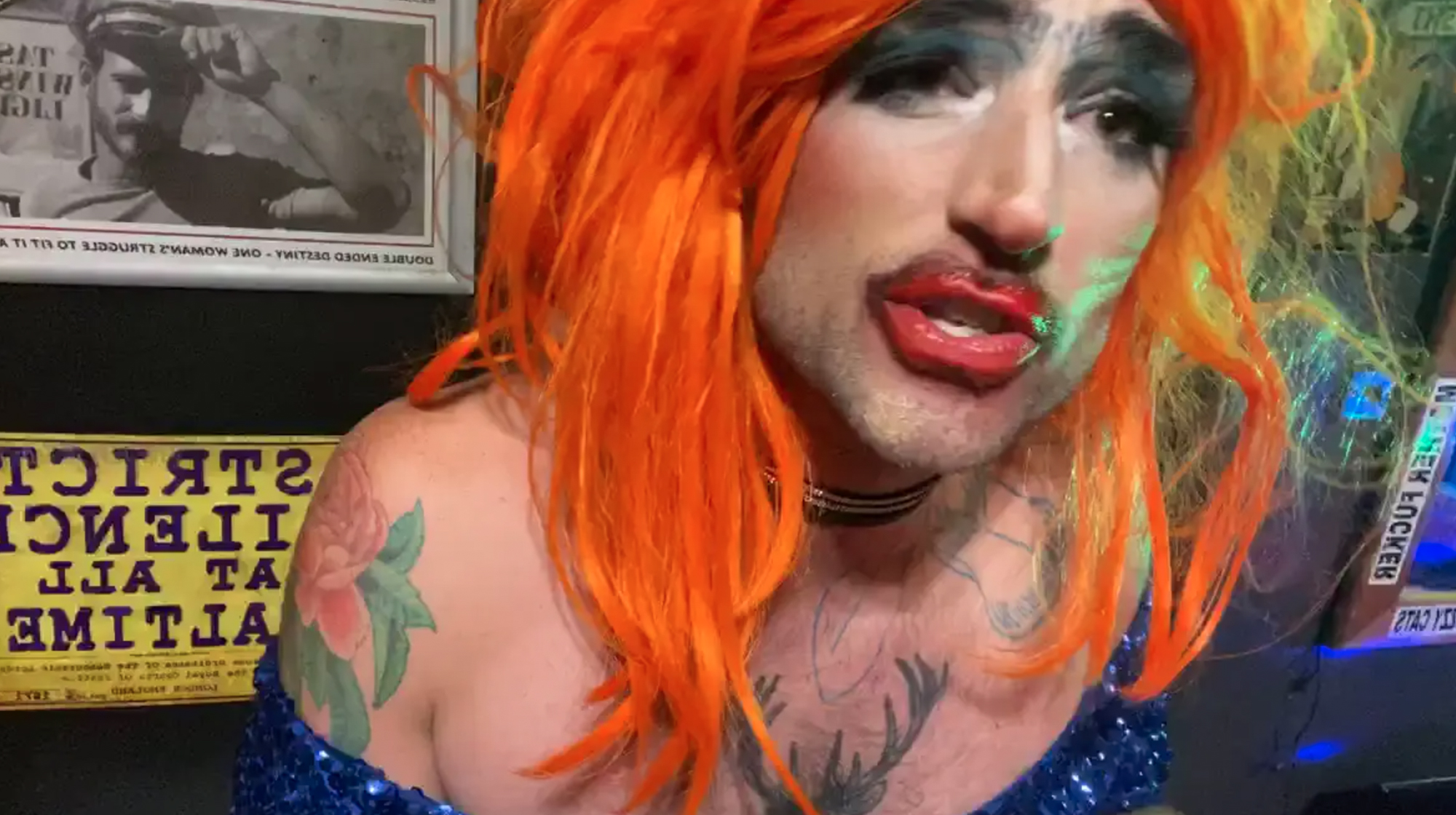 What will Papa John make of his wife slagging it around with half of Hackney and will all be forgiven when he’s treated to a performance of Jadeya’s new hit single ‘Glossin Up’ on the pole? 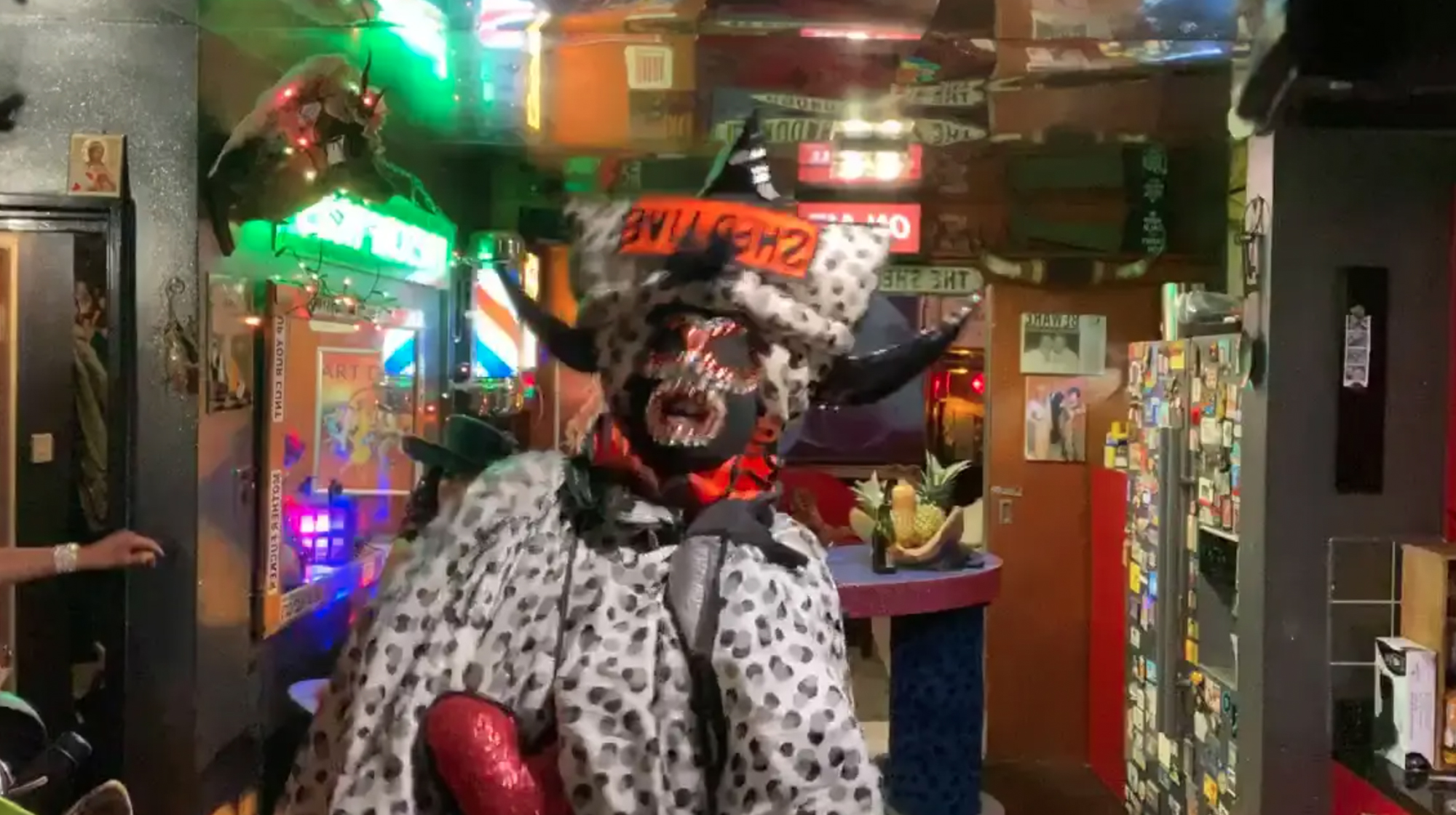 Join Shigella and Cheryl Prosecco-Lambrini as they host a wild party for all their friends. Featuring star turns from Cassandra, Camile Leon, Stella Meltdown, Jadeya and Joseph Wilson 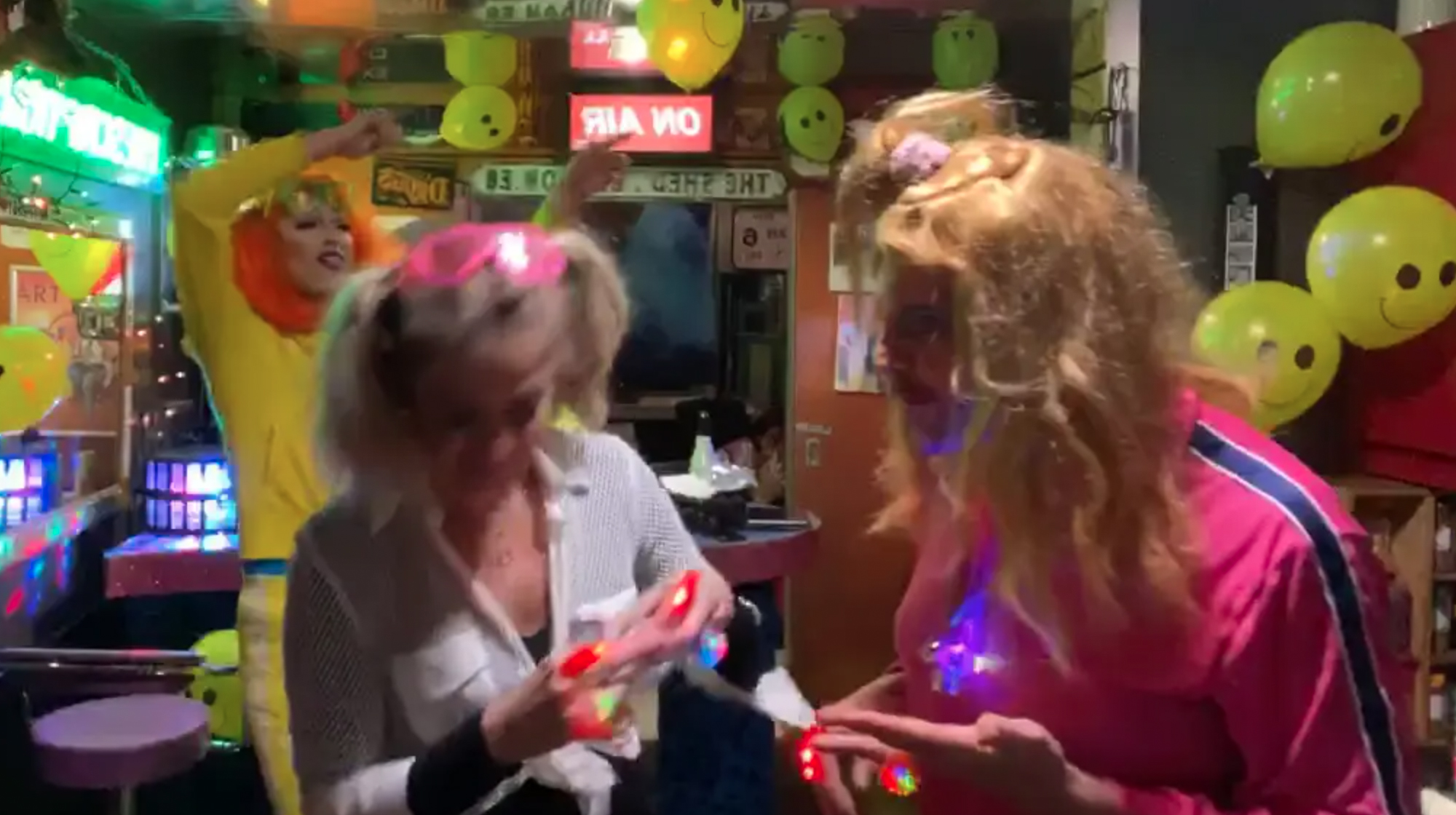 It’s all back to 1989 as Yvette and Shelley throw an all night bender in their living room with pills, spills and of course Dawn the Prawn. Who’ll win Big Fish Little Fish and will Sharon Le Grand remember all the words to Rozalla’s hit single ‘Everybody’s Free’? 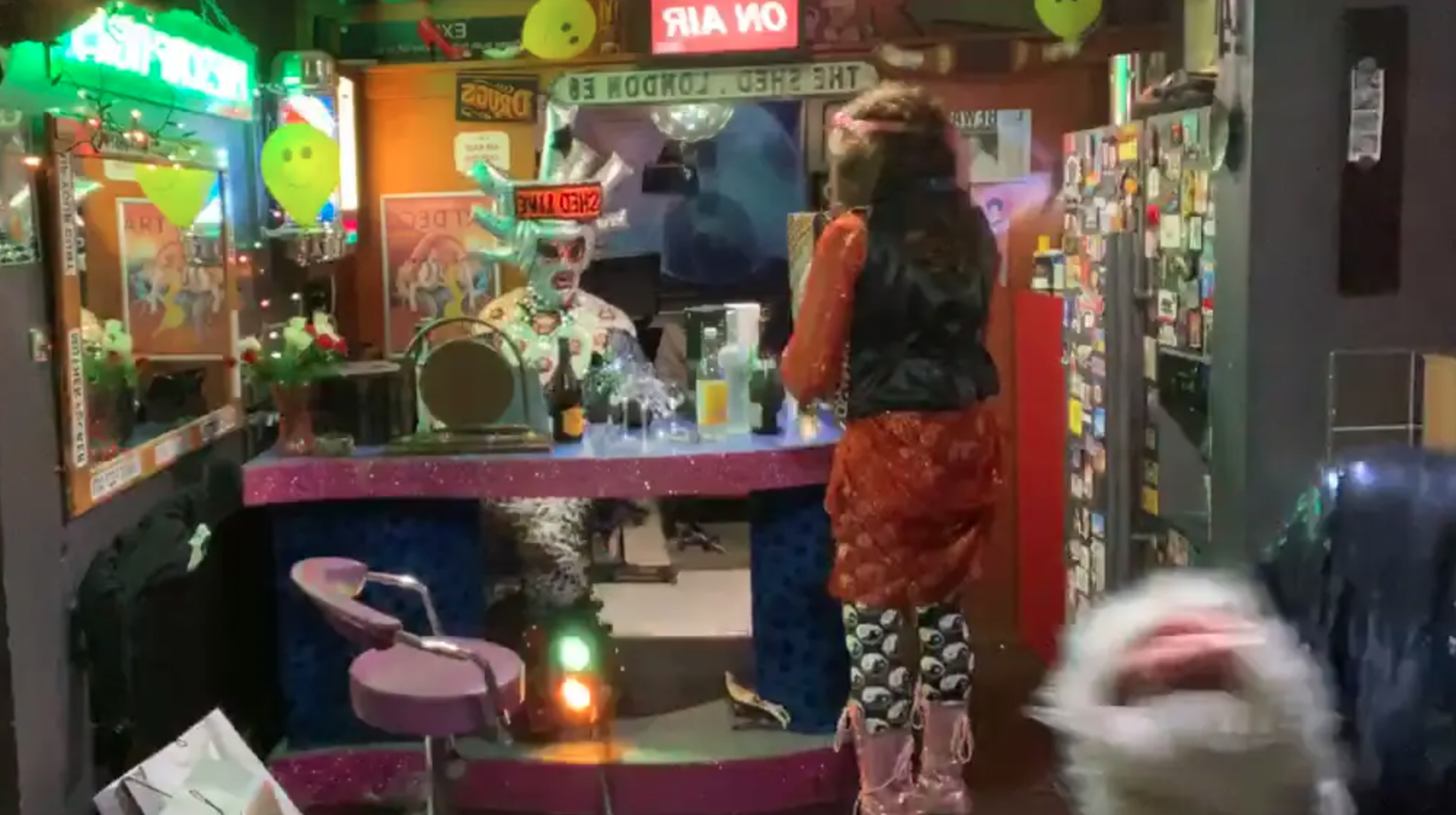 A very aggressive Lulu turns up for some champagne and sings a version of Shout in the back garden. But who will throw the best shapes on the light up dance floor and will Lulu freak everyone out when she gets out her ouija board in the hot tub? Featuring Holestar. 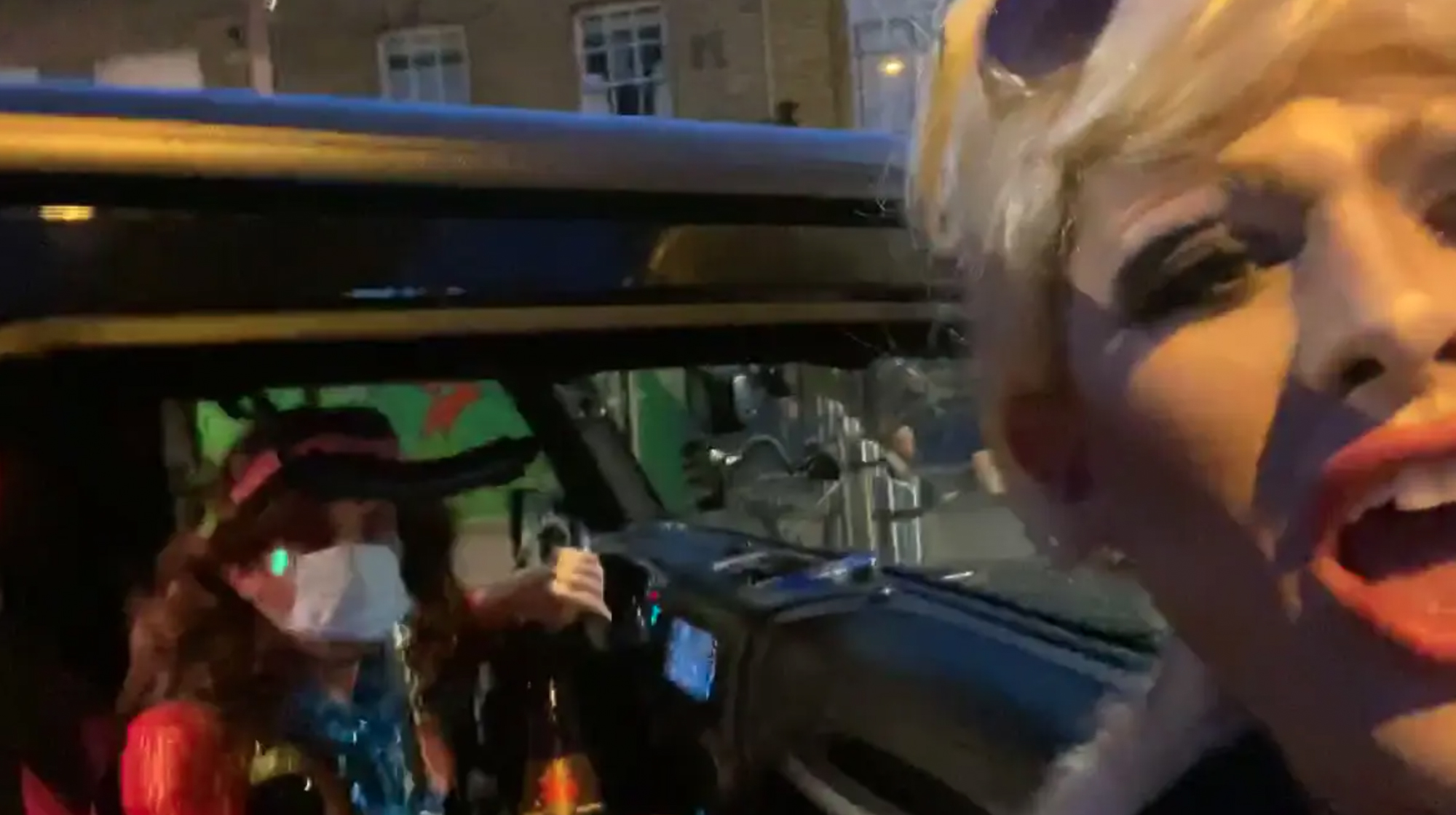 Join Patsy and Edina as they go for a drive down Broadway Market in these unprecedented times, only to find it annoyingly blocked off, forcing them to chat to the locals. 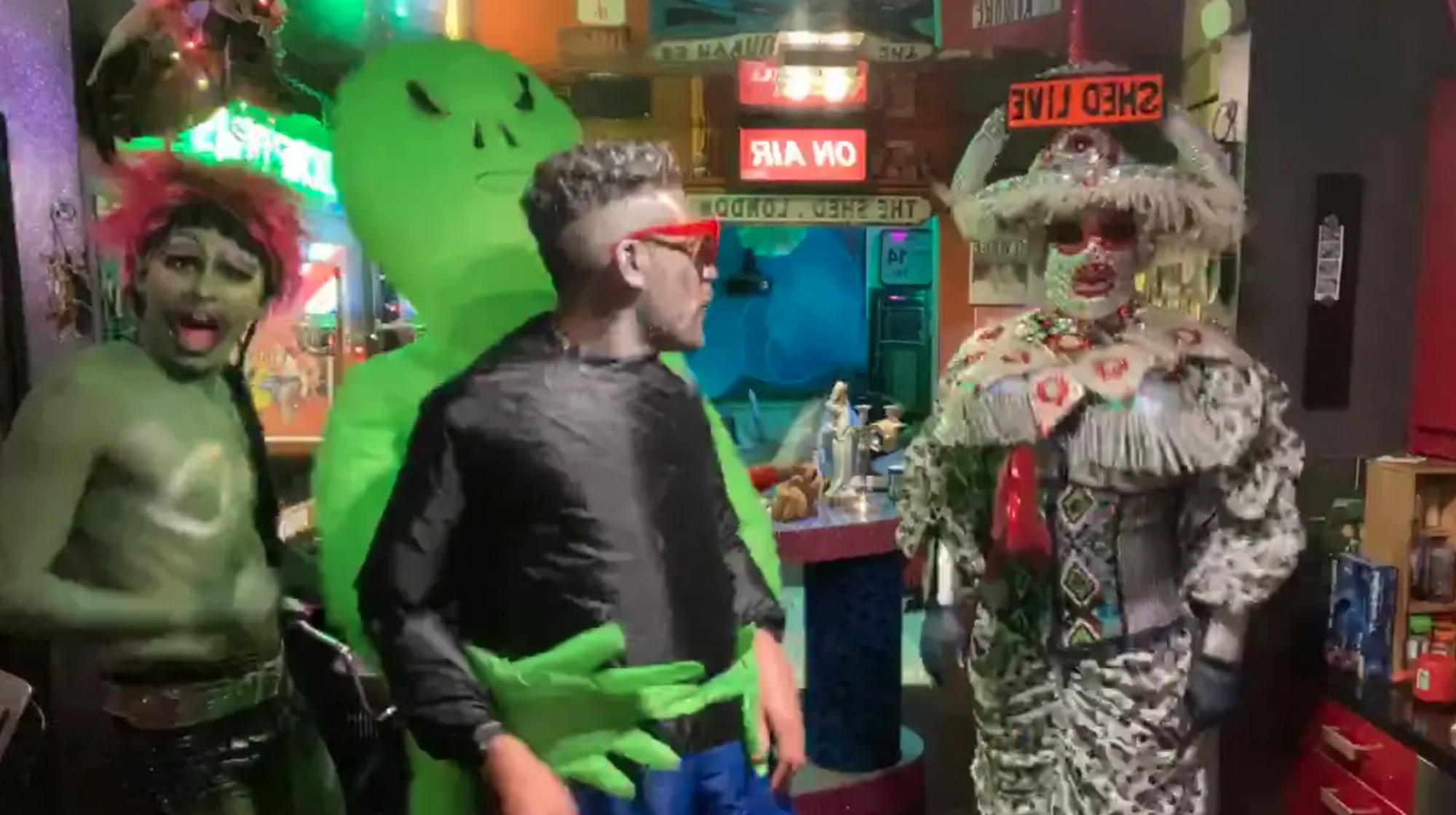 A space ship crash lands in London Fields and an alien with a West Country accent takes over with his inflatable mother forcing the locals to do unmentionables. Then a Dalek arrives. Who will win the space hopper challenge and the wheelie bin relay race? 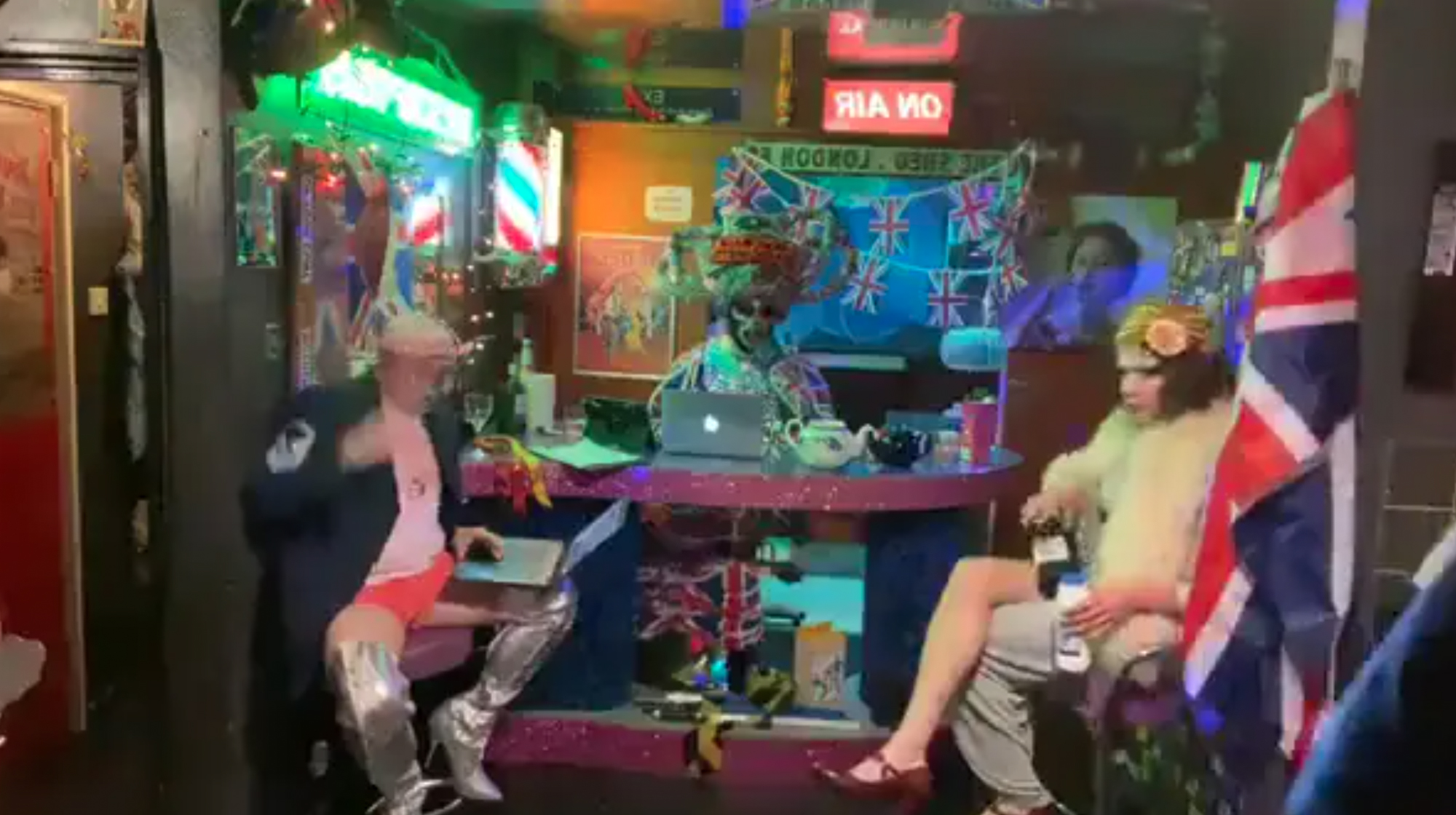 Join the Queen and her naughty sister Margaret as they throw a bash for the Armed Forces. Who will win the lapdancing competition and will the inflatable penises stand up to a right royal battering? 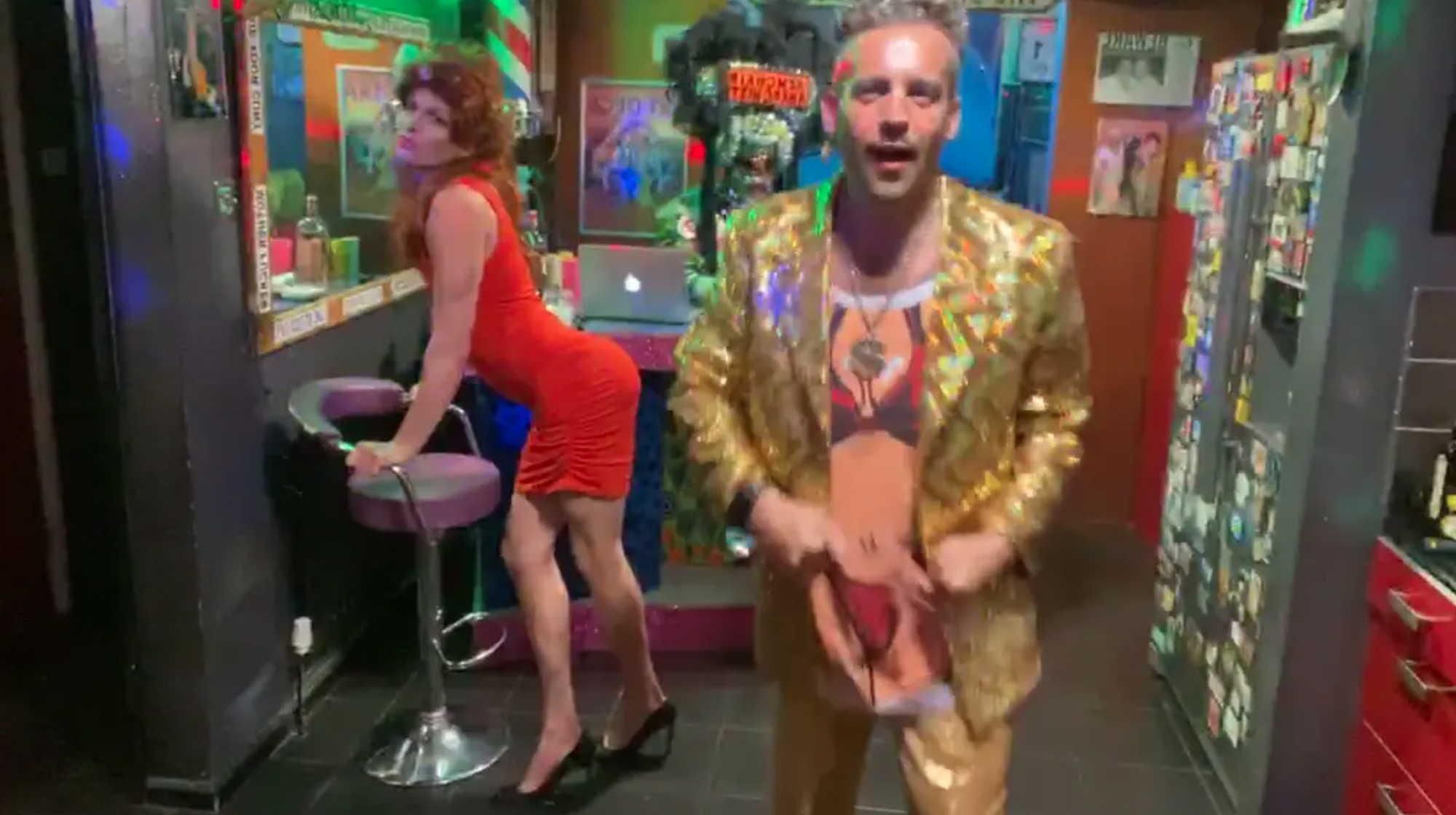 Join Chrissy Darling, Joey and Colin for some Lockdown Lunacy live from The Shed. Highlights include a cinnamon eating competition, Twister and hot tub frolics in the Yacuzzi