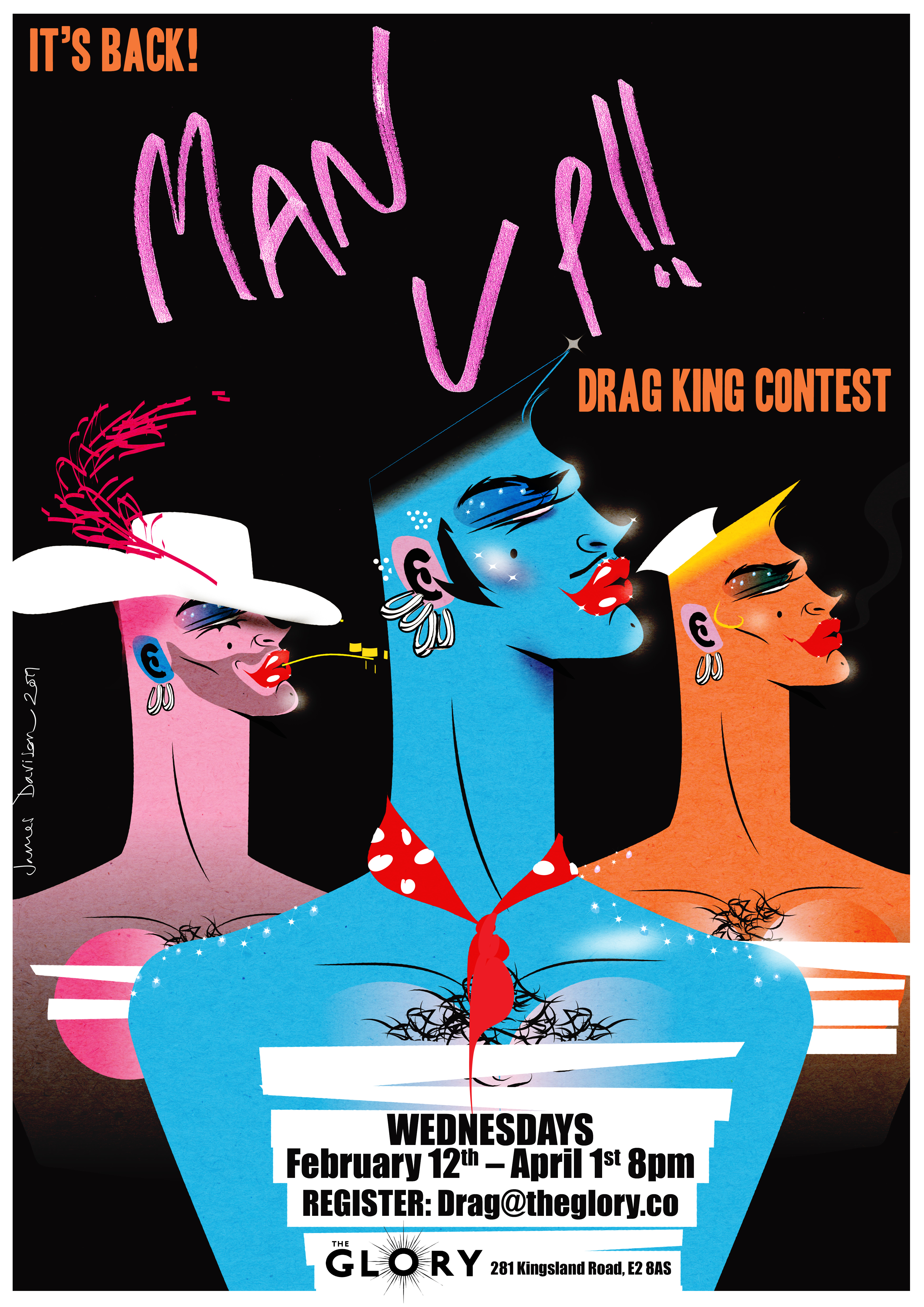 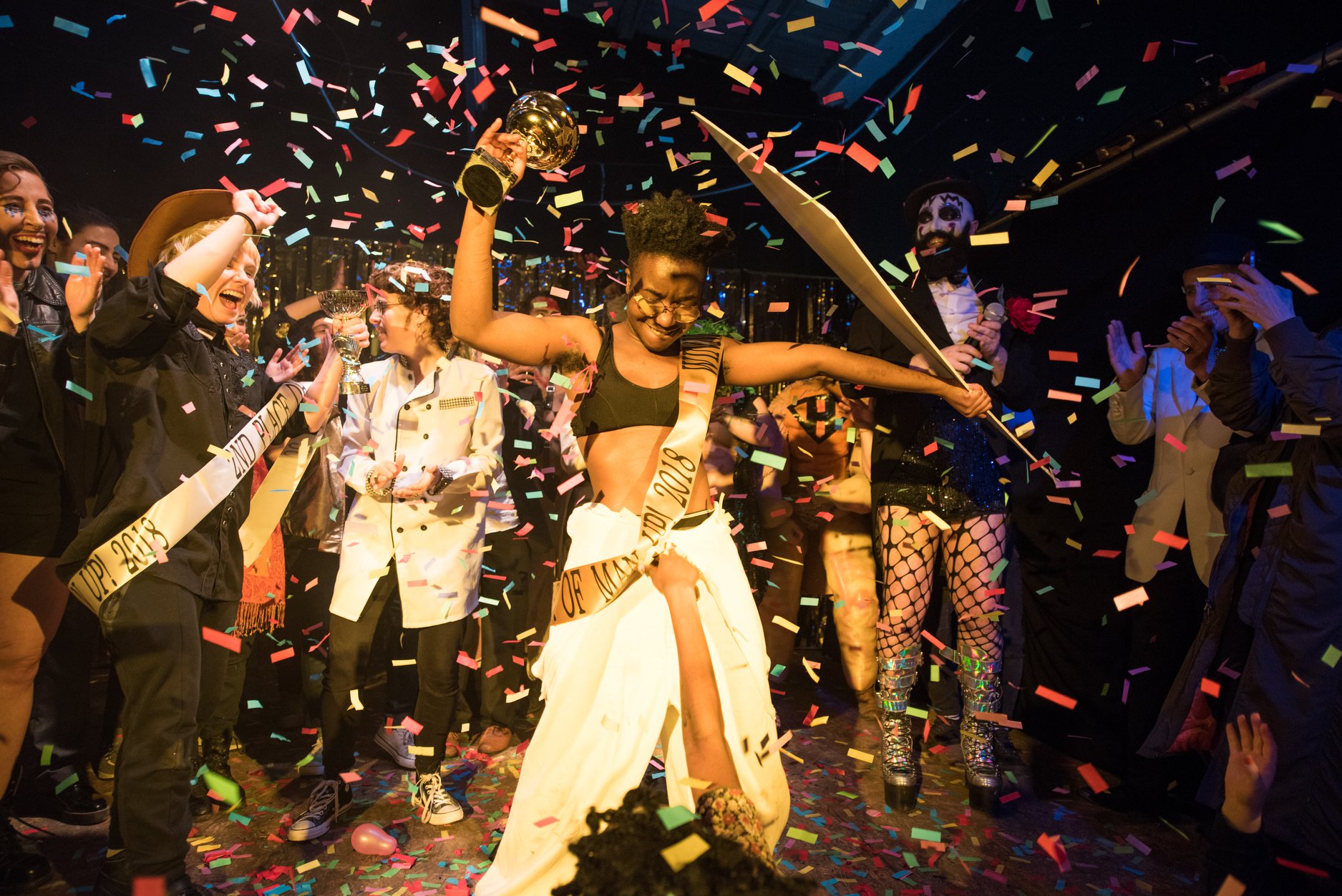 Contestants must enter a Heat. Two winners from each Heat go into the Grand Final, with a £1000 CASH PRIZE!

COMING BACK – THIS FEBRUARY!

Our sensational, world famous, drag king battle Man Up is back for 2020. We’re extending the contest this year to have eight heats – held on consecutive Wednesdays, with the first taking place on Wednesday 12th February.

Contestants only appear in one heat usually, in which they perform one number. It’s multi-disciplinary which means you could lip sync to a pop song, or perhaps you’d like to sing live, or tell some stand up, or simply do a dance piece, or perform a skit. You only have 5 minutes, but many of the best performances are shorter than that, running for about 3-4 minutes. You can run over a tiny bit but it’s not advised as live audiences get bored quickly, on their feet, in a packed-out pub, with a long evening ahead of them – making an impact is often good to get remembered and stand out. Similarly, thoughtful and thought-provoking softer pieces can fare well. Anything is possible in MAN UP!

Each heat is hosted, with warm up numbers, by drag kings ADAM ALL and DON ONE, and there’s a friendly panel of guest judges who mark you – for your drag king look – your performance (intrigue / star power etc)- and your skills in whatever performance genre you’ve gone for.

We are looking for performers to take to Glastonbury, the National Theatre, and Ireland, so the opportunities in entering Man Up go beyond the cash prize of £1000. Many of the judges are influential in performance circles too and book acts for their own nights and stages, not to mention scouts in the audience – so it’s good to get seen by being in Man Up!

Email us to register your interest in entering: drag@theglory.co (spelt exactly like that!)