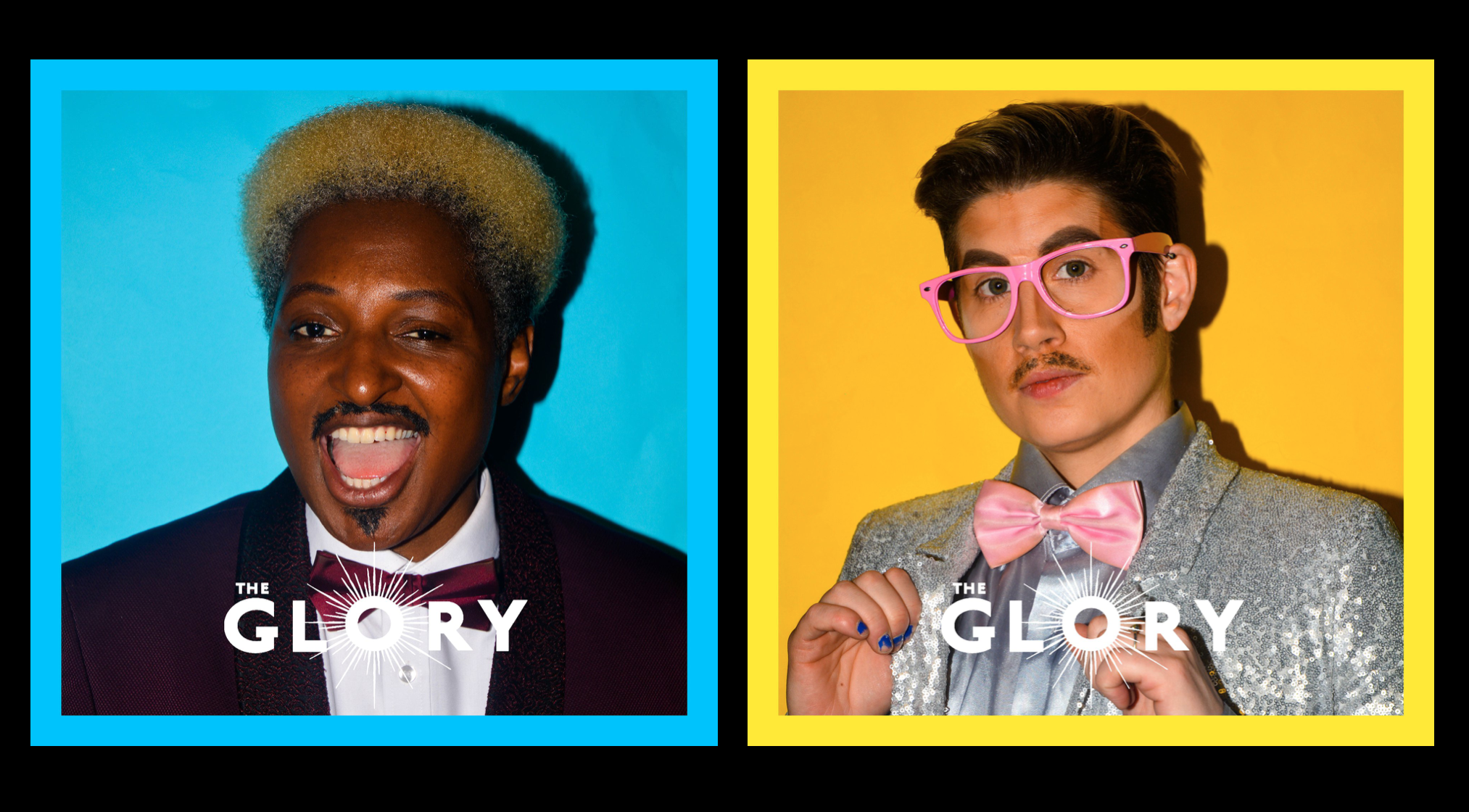 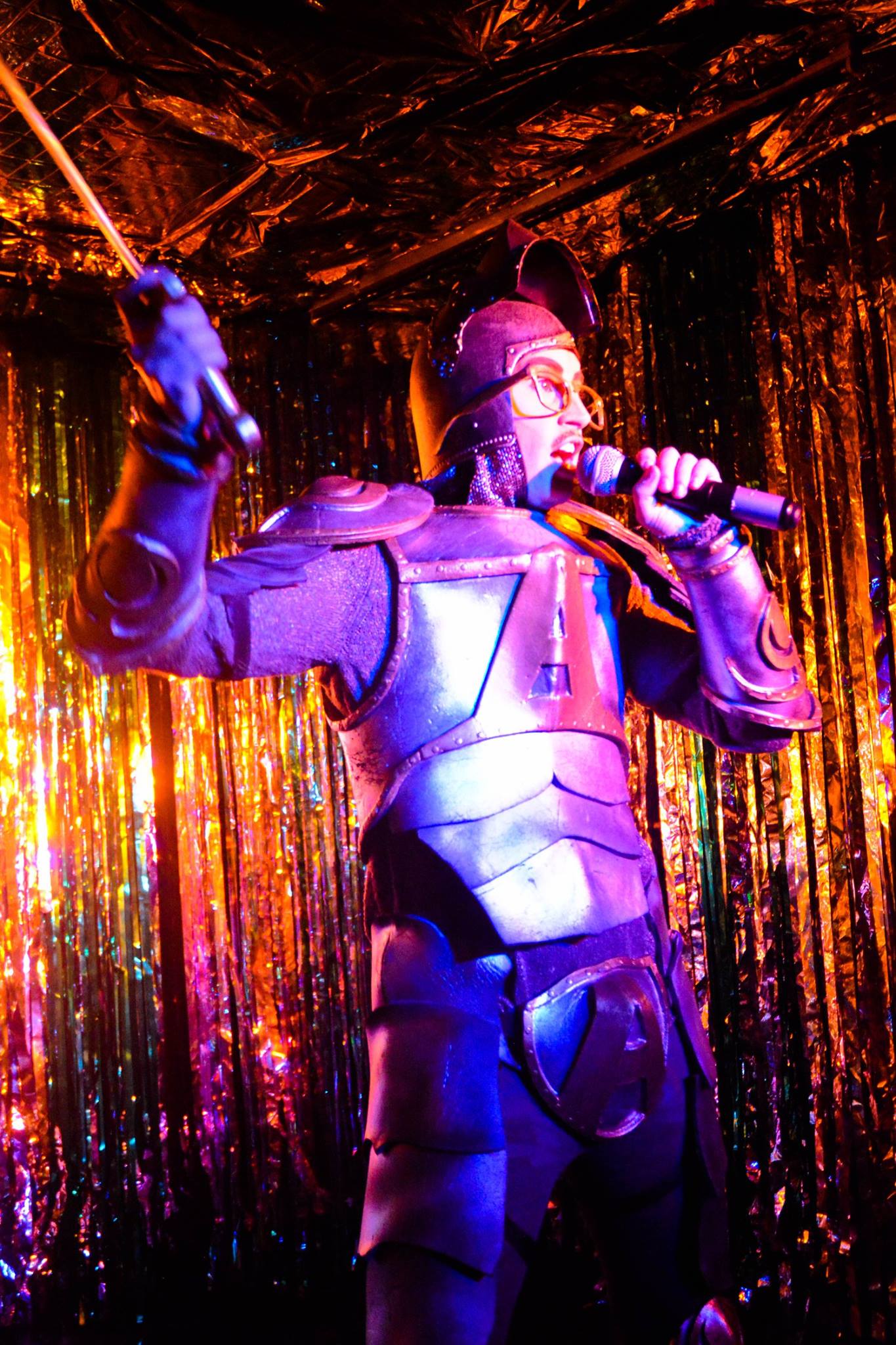 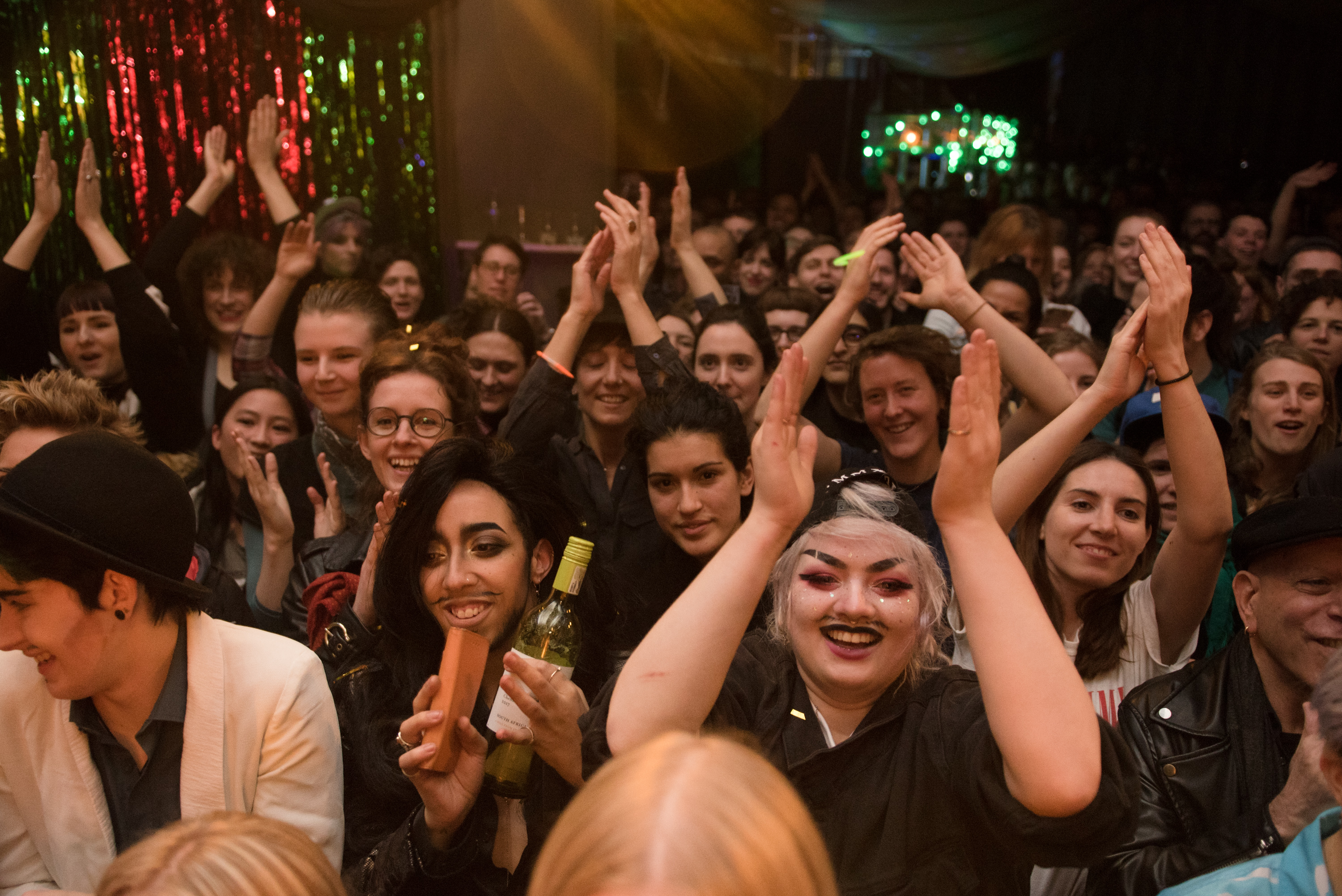 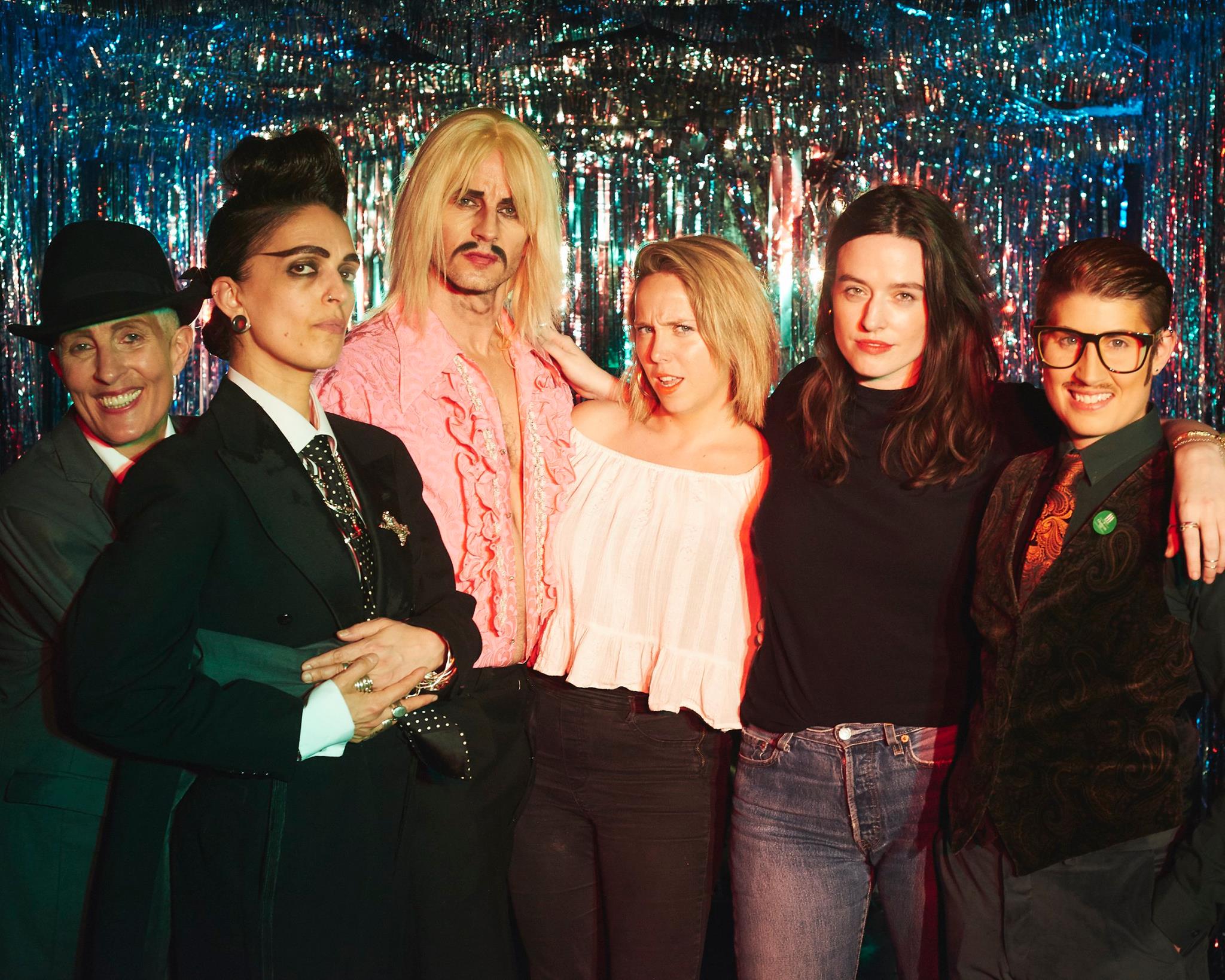 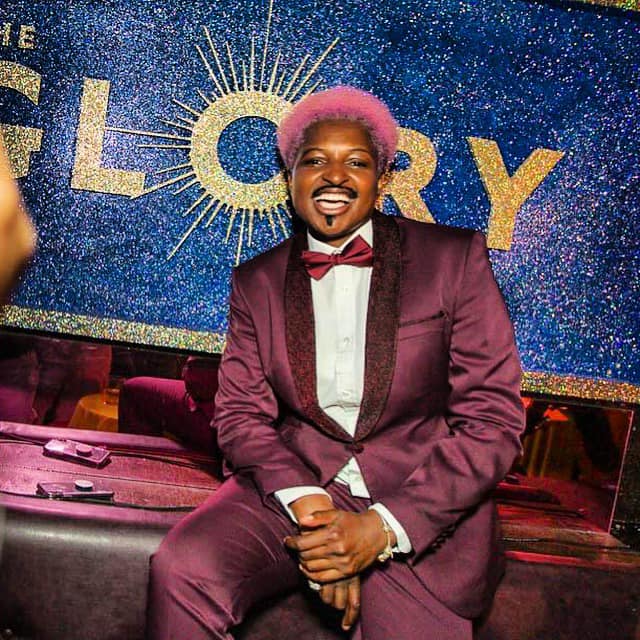 We chat to Adam All and Don One ahead of this year’s Man Up contest, the world’s biggest drag king battle.

HEY ADAM! HEY DON! So Adam, you’ve hosted MAN UP every year since its inception. How has the drag king scene evolved during your time with The Glory?

The king scene and the kings themselves are going from strength to strength. We’ve seen such a huge variety of kings at MAN UP, and also at BoiBox (a drag king variety show which sells out monthly at The Glory) We’re seeing so much talent forging forward with the king-centric nights all across the capital, the UK and beyond. We just celebrated our 100th BoiBox show, having featured over 150 kings. I’m always impressed by the creativity and I can’t wait to see what this season of MAN UP will bring!

Don, you started off as a contestant and then a guest host. And now you’re a full time co-host, how does that feel? You’re from Birmingham – any recommendations on the scene there?

Don: It feels like 2020 means BUSINESS! Birmingham-wise, I haven’t been out there for over ten years, maybe it’s because I’m a Londoner!! But one of my fave places on the scene when I lived there was the Nightingale Club, I’ve performed there a few times and it’s a great venue.

Adam mate, you have over 20,000 Instagram followers, that must make you the drag king equivalent of Ru Paul. What’s your social media secret?

Adam: LOL. There’s no secret babe, I keep doing what I do and sending out lots of love and support whenever and wherever I can to the ever growing king community. It’s my absolute passion – I eat, sleep and dream DRAG KINGS. I’m very lucky to get to do it for a living, and even luckier to share the experience with my endlessly supportive wife, both on and off stage, shout out to Miss Apple Derrieres. I don’t know… maybe it’s the hair?

If you made a drag king super group who would be in it?

Adam: Well you know me, I love a good ol’ sing-song so off the top of my head, some of the boys who can really bang out a song and would make a sexy boyband; Beau Jangles, Christian Adore, Tito Bone, Kallum Király and Brent Would. Ooh they could sing me off to sleep, gorgeous. I’d probably dribble.

Don: Oh I’m not answering this as it will offend the kings and I don’t pick.

Don’s originally from Birmingham, where does Adam All hail from? What was his first gay scene?

Adam: I am from the Southhampton area originally, the gay scene there was a welcome refuge when I came out in 1998 and has always been buzzing and alive with cabaret. Southampton’s scene spring-boarded my early career, but there weren’t any other kings around there and I had to forge my own path. That’s maybe why I am so passionate about encouraging others and finding new kings. I know how isolated I felt and how much being a Drag King has helped me grow, both as a non-binary AFAB human and as a performance artist.

MAN UP is a night of performance, but it also acts as a meet-up and a party. What’s your tune to get the party started?

Adam: Footloose. Every time. It’s a great party song and does precisely what it says on the tin. That’s why I sing it.

Eclectic song choices from our hosts there! If you could change on thing about the London gay scene today what would it be?

Adam: I’d like to see ALL queer spaces open to ALL queer faces. For too long many have felt excluded and invisible. Lots of spaces are super focused on community inclusion now and I see a huge push forwards in lots of spaces, but we still have far to go, plus we need to talk more about accessibility.

Don: I agree with Adam. Make it more diverse and accessible.

If you could have £100 gift voucher for any high street store – which would it be, and why?

Don: LUSH – because I’m vegan AF and their products are all ethical, cruelty-free and they make me smell nice.

Adam: TRAID – it’s an absolute treasure trove. Not only are you recycling but you’re also giving to charity. There are outlets right across London so whenever you feel like being generous… to yourself… You can go shopping and come home with a whole new wardrobe, or three, and know you’ve been doing your party for the world at the same time.

Adam, back to your Insta-fame. Is the drag king scene what gay men might call ‘a thirst trap’ – Is it flirty?

Ha! Perhaps once or twice it has been like that, I think andro and masc-presenting AFABs are rarely seen in the media or on screen, so drag king shows offer a window into that world and I hope I am empowering and encouraging others. I do enjoy presenting my body to the world – it’s here, it’s queer, and I am not ashamed of it. Basically ANY excuse to get my kit off, I will do. But yes – people do give it a go with the flirting sometimes, but I’m happily married and not poly, sometimes that can be awkward but mostly I’m flattered.

Don: I used to DJ and bought waaaaay to many records to remember.

Adam: I never bought singles – only albums. My first was Now That’s What I Call Music 28. When it came out! That double cassette tape is now THREADBARE.

Adam: No, Starters! I am always starving!

Wednesday Heats are at The Glory and free to watch. Doors from 5pm, Show time 8pm. Each week has 6-12 different entrants, and 1 or 2 will win a place in the Grand Final. There are fabulous guest judges and numbers from your hosts. If you fancy giving it a bash as a contestant, don’t be shy – we’re all friends here at The Glory, jusrt drop us a note on drag@theglory.co