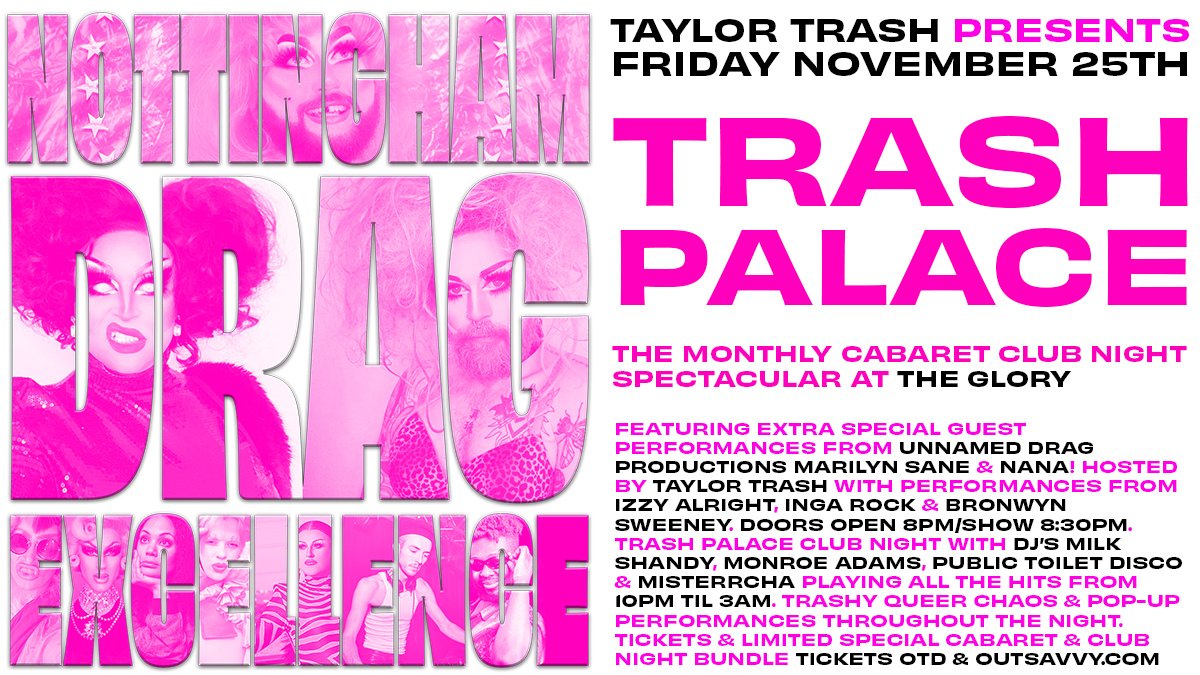 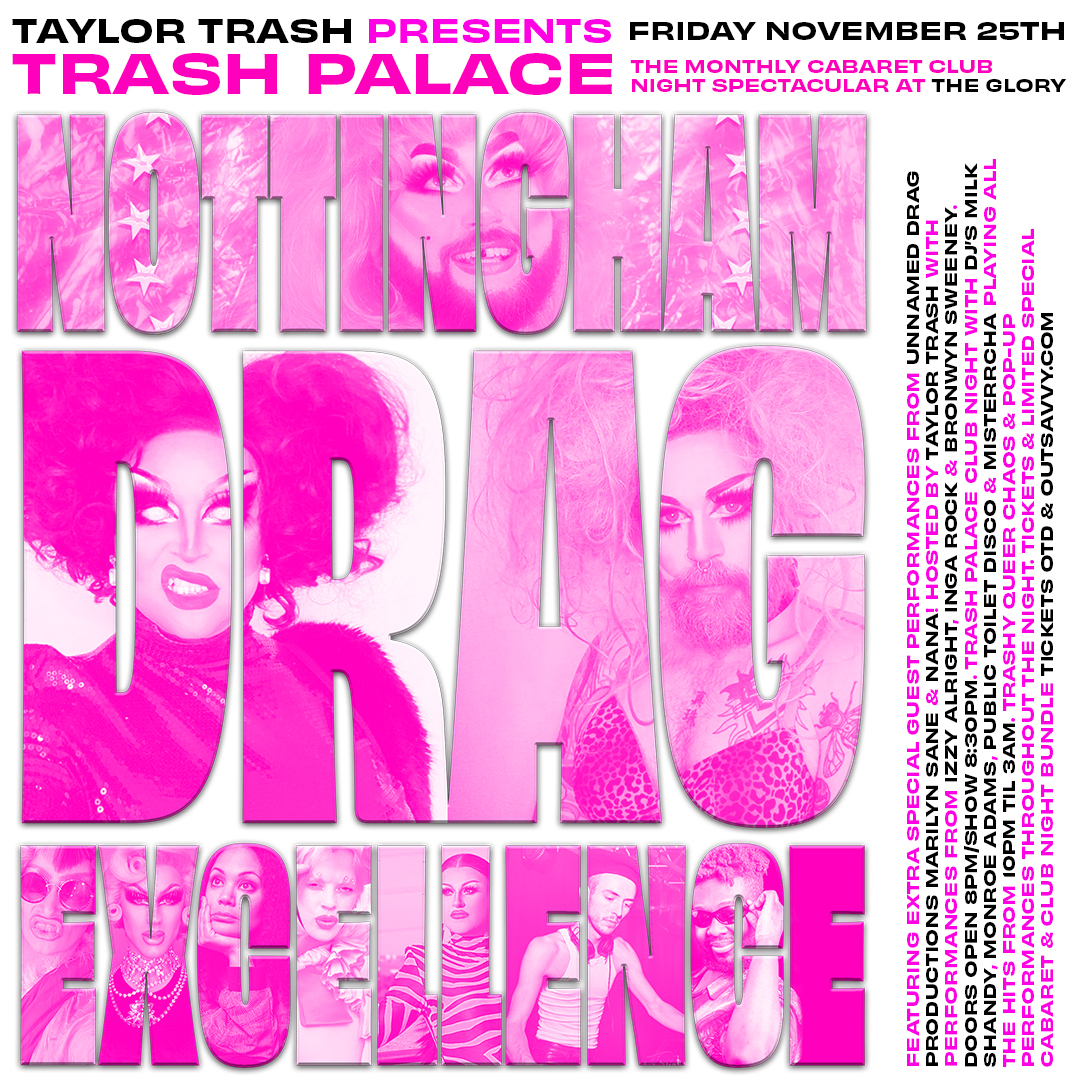 Kicking off at 9pm is the TRASH PALACE club night. DJ’s Monroe Adams, Milk Shandy, Public Toilet Disco and MisterrCha will be spinning and blasting the tunes upstairs and downstairs all night keeping you booty shakin’ til the wee hours.

Monroe Adams – When she isn’t being the alt-gal of your dreams, she is disguising herself and taking to the decks. Our mulleted mistress knows how to pump up the jam mama yes gawd the house down boots etc etc etc

Milk Shandy – Easily East London’s most recognisable queer club & cabaret producer/DJ/drag artiste, Milk Shandy knows how to keep the party pumping – they should know as they are booker for Dalston Superstore and promoter of Club Tantrum! You’re in safe hands, babes!

Public Toilet Disco – Fresh off the festival circuit and ready to cause some havoc is the delectable Brad bringing you the disco and queer bangerz.

TICKETS ON SALE ON THE DOOR

Please note The Glory is a safe space for all LGBTQ+ people and allies – come as you are, and you will be celebrated. However, transphobia, homophobia, racism, misogyny or any other form of hate speech will not be tolerated under any circumstances – and we reserve the right to ask disrespectful audience members to leave without refund.