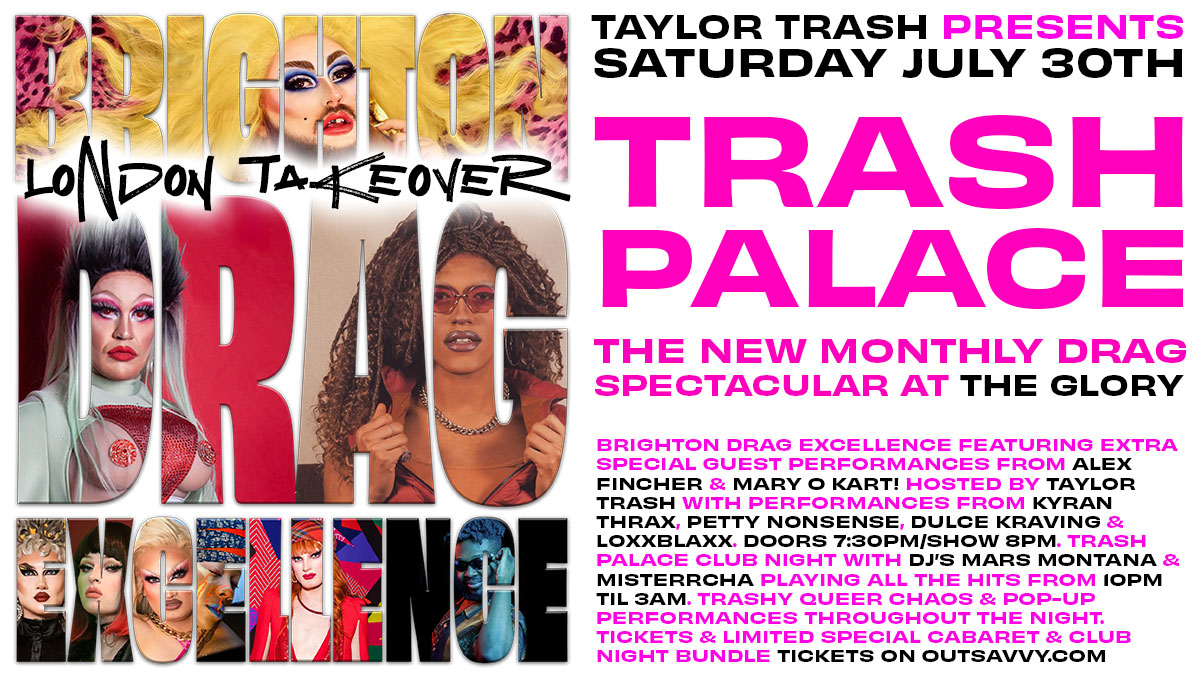 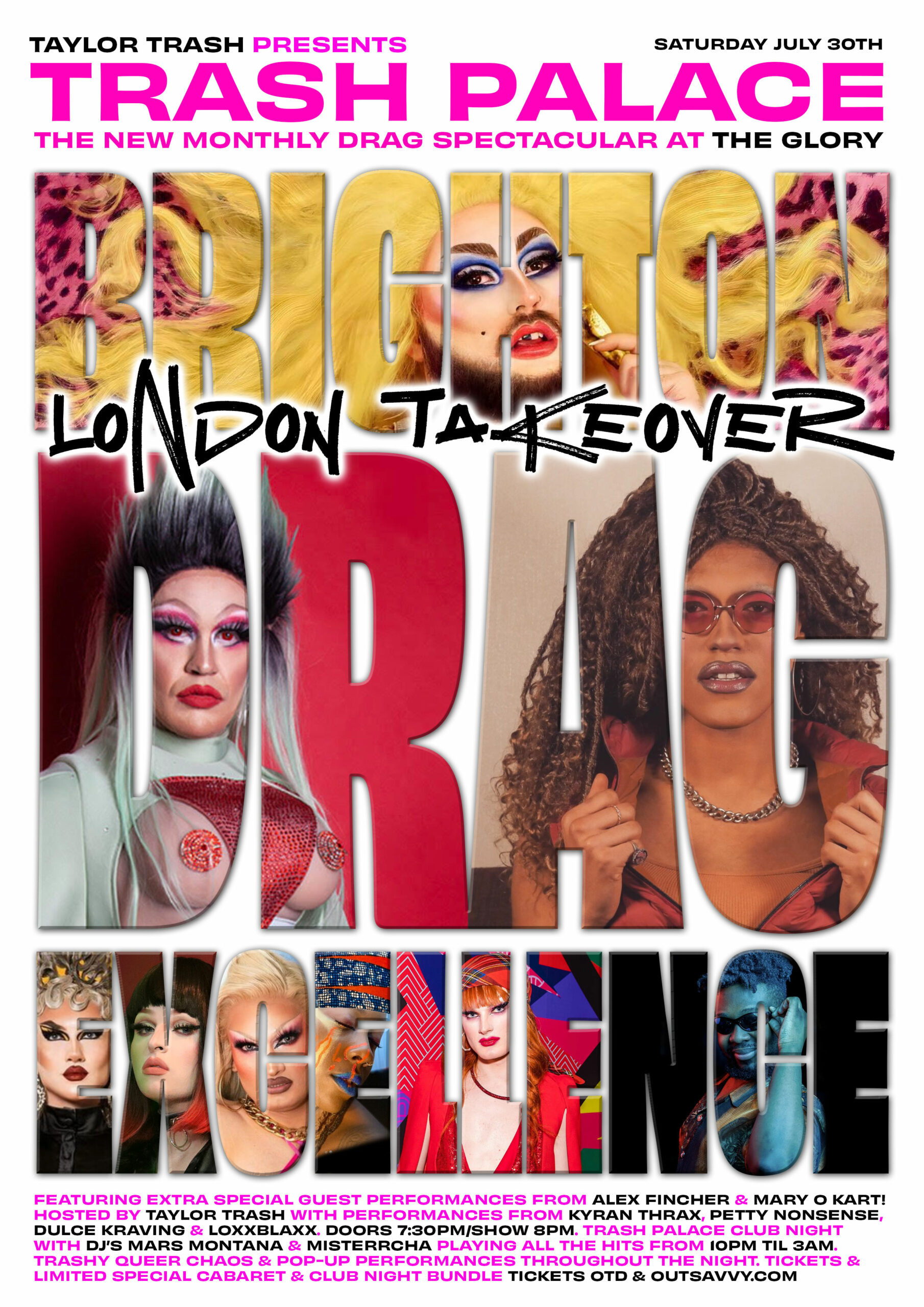 Named in honour of the infamous queer London nightlife hotspot, Trash Palace, Taylor Trash has created your new favourite drag spectacular, showcasing drag from across the UK every month at the Glory! Wanted to always see performers from Bristol, Edinburgh, Brighton, Leeds, Birmingham, Belfast, Dublin, Newcastle, Nottingham, Glasgow, Manchester etc, but never visited those cities or you have and missed their shows? Fear not! Because Taylor is going to deliver the Drag Excellence London NEEDS to be seeing. THERE IS A WORLD OUTSIDE THE M25, YOU KNOW!?

As well as 2 super special guest visiting performers representing their city, there will also be London’s hottest drag performers supporting them. Located in the Glory basement, cabaret doors open 7:30pm for showtime at 8pm. Show runs approx. 90mins. This event is seated with one half-time break.

Mary O’Kart – taking the Brighton scene by storm, Mary is winning and kicking ass, and like all racers, loves to come first.

Alex Fincher – One part sci-fi fantasy nerd and one part R&B diva. Often writing about POC and queer experiences, self love and environmental/political observations, Alex is determined to create art that in some way, small or otherwise, helps us move towards that Star Trek utopia they grew up watching and reading.

Kyran Thrax – Semi-Finalist of The Gold Rush season 3, finalist of Lipsync1000 2021, producer of their own sellout one-woman show ‘Every Last Detail’.

Dulce Kraving – Daughter of the House of Kraving, regular of the London Brunch circuit, Dulce is a rising star ready to scalp an audience… or two!

LoxxBlaxx – Queerlesque performer, artist, writer, crafter, activist – we are gagged to get Loxx down for the night – and you will be too by their stunning performances.

Kicking off at 10pm is TRASH PALACE. DJ’s MisterrCha and Mars Montana will be spinning and blasting the tunes upstairs and downstairs all night keeping you booty shakin’ til the wee hours.

Mars Montana – Ireland’s own Mars is a well-established Singing Siren and Disco Demon of the London scene having residencies at Pleasure Palace Cabaret, The Cock Tavern and Bougie Drag Events to name a few. Having recently played to a packed out tent at Mighty Hoopla 2022, Mars will literally take you to another planet with their pop bangers and dance delectables.

REMINDER: This is a QUEER event in a QUEER venue. Racist, homophobic and transphobic abuse of performers, patrons or staff will NOT be tolerated.