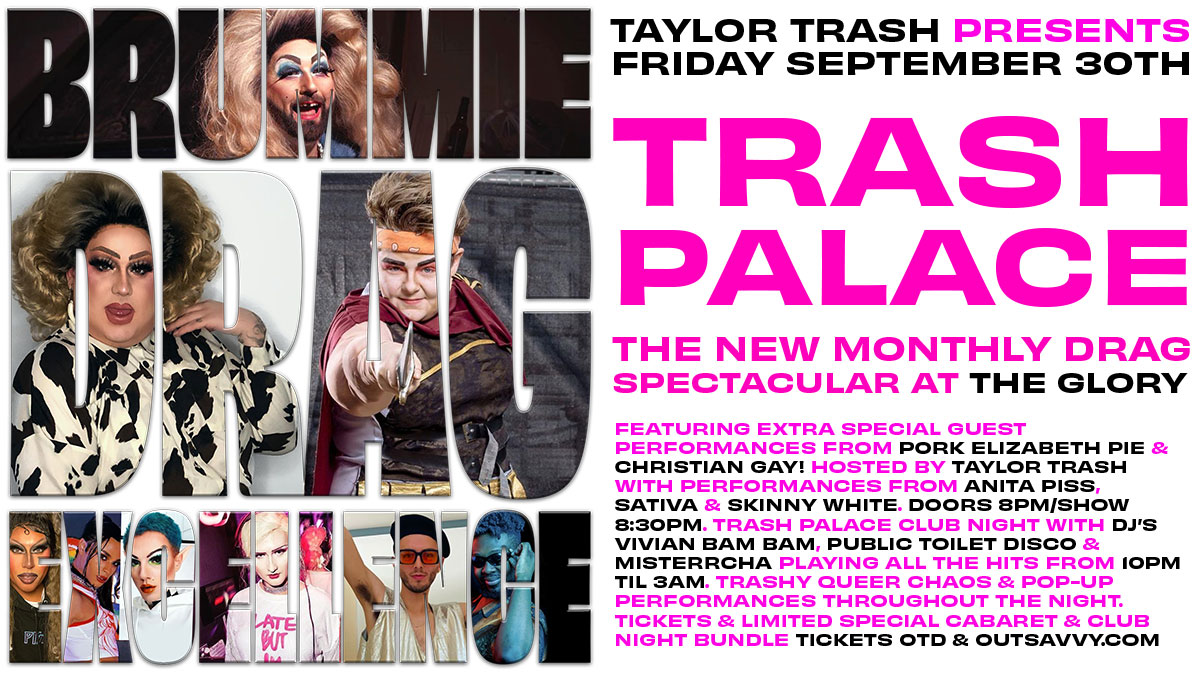 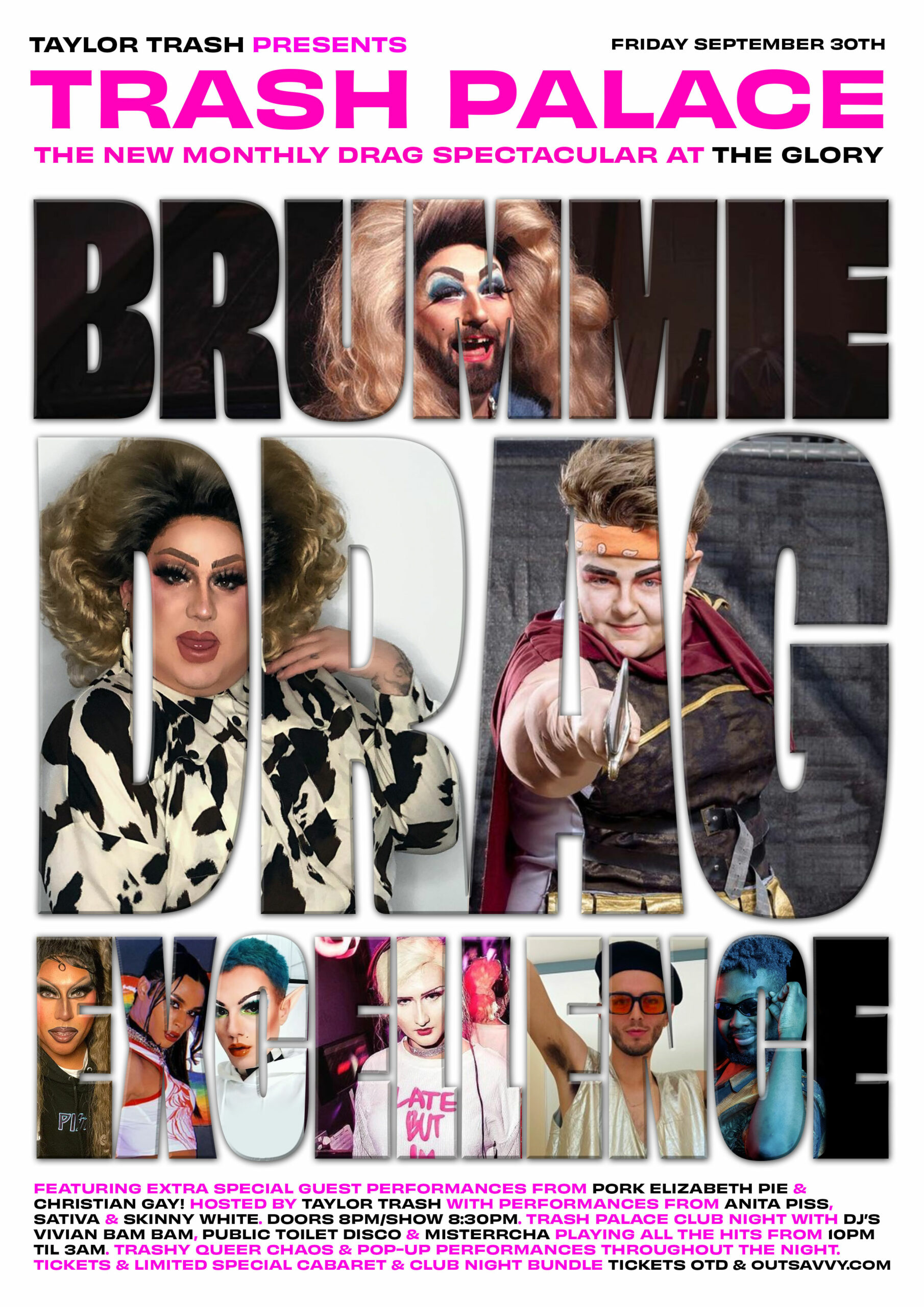 Named in honour of the infamous queer London nightlife hotspot, Trash Palace, Taylor Trash has created your new favourite drag spectacular, showcasing drag from across the UK every month at the Glory! Wanted to always see performers from Bristol, Edinburgh, Brighton, Leeds, Birmingham, Belfast, Dublin, Newcastle, Nottingham, Glasgow, Manchester etc, but never visited those cities or you have and missed their shows? Fear not! Because Taylor is going to deliver the Drag Excellence London NEEDS to be seeing. THERE IS A WORLD OUTSIDE THE M25, YOU KNOW!?

As well as 2 super special guest visiting performers representing their city, there will also be London’s hottest drag performers supporting them. Located in the Glory basement, cabaret doors open 8:00pm for showtime at 8:30pm. Show runs approx. 90mins. This event is seated with one half-time break.

Pork Elizabeth Pie – representing the Best of British delicacies is Pork Elizabeth Pie. Host at the infamous Birmingham Village Inn I am delighted to have this drag powerhouse down SAAAAFFFF for a show!

Christian Gay – well-known drag king and self proclaimed ‘Brums Camp & Chaotic Twisted Mister’. Daddy of  @kingsnthingsbham with a desire to gross you out. I am so excited to work with Christian again!

Sativa – Finalist of the Glory’s Lipsync1000 competition 2022, and rising star Sativa is sure to tantalise you and leaving you wanting more. Performer of the highest jump split I have EVER seen in my entire life.

Skinny White  – The demon queen of the cabaret scene and self proclaimed ‘Beast of Brighton, Belle of the Ball’. Come along and find out why!

Kicking off at 10pm is TRASH PALACE. DJ’s Vivian Bam Bam, Public Toilet Disco and MisterrCha will be spinning and blasting the tunes upstairs and downstairs all night keeping you booty shakin’ til the wee hours.

Public Toilet Disco – Fresh off the festival circuit and ready to cause some havoc is the delectable Brad bringing you the disco and queer bangerz.