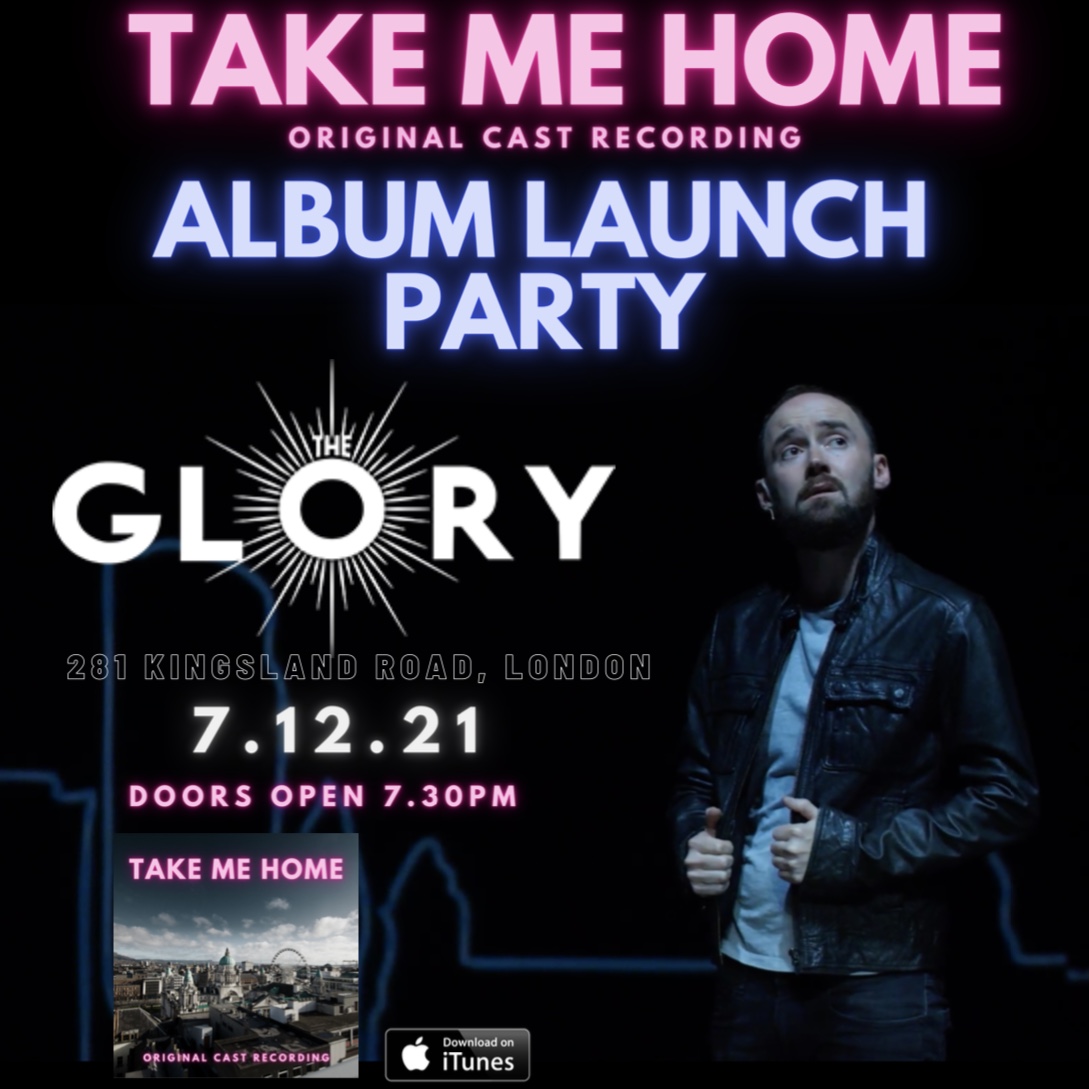 Join us in the basement of East london’s leading Queer venue, The Glory on Tuesday 7th December at 7pm for the launch of the original cast recording of new musical ‘TAKE ME HOME’ with book, music & lyrics by Drew Dillon.

‘Take me home’ is a one man musical with a pop infused score and tells the story of a young gay man navigating life and love in Belfast while wrestling with the politics, relationships and the pull of the place he calls home. Directed by Bronagh Lagan and with Orchestration & Music Production by Joe & Nikki Davison for Auburn Jam Music.

‘The music is outstanding’ @AdamDickinson95

‘As a songwriter, he shows himself to be among the very best talents working in the country at the moment: his songs have immediate, powerful appeal.  Boldly characterised, strongly rhythmic, elegantly melodic, with a mature, complex voice in the content and style of the lyrics, he is a writer who will surely be much in demand by the best performing and recording artists.’ – BritishTheatre.com 2017