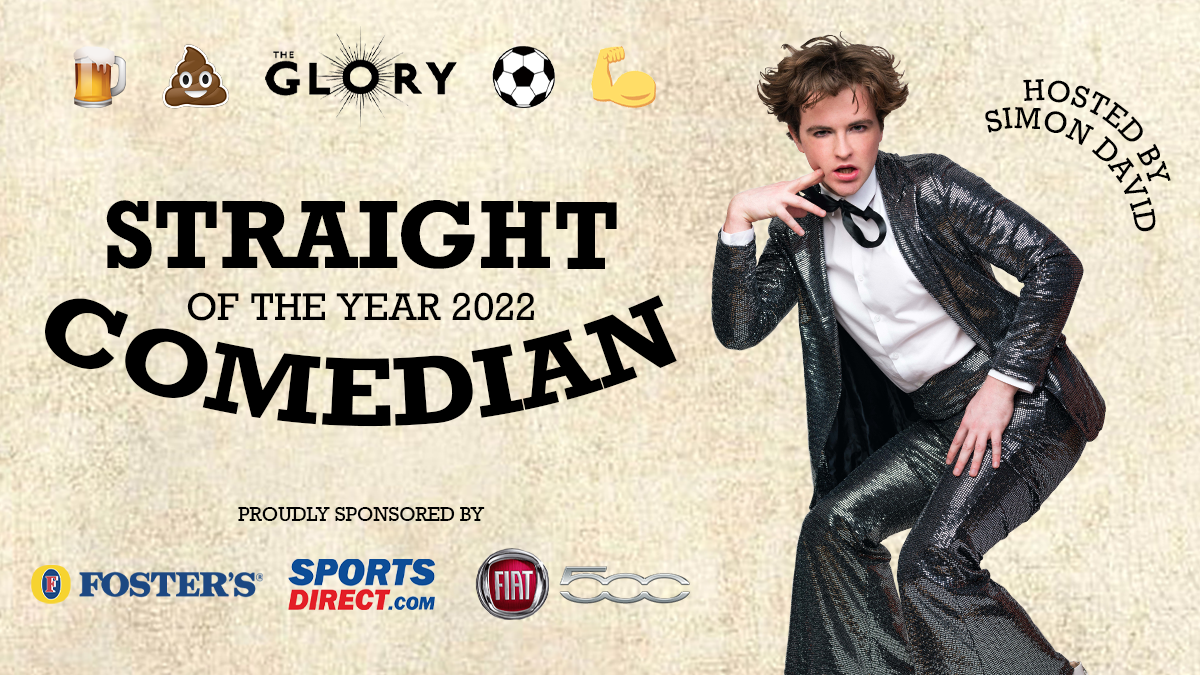 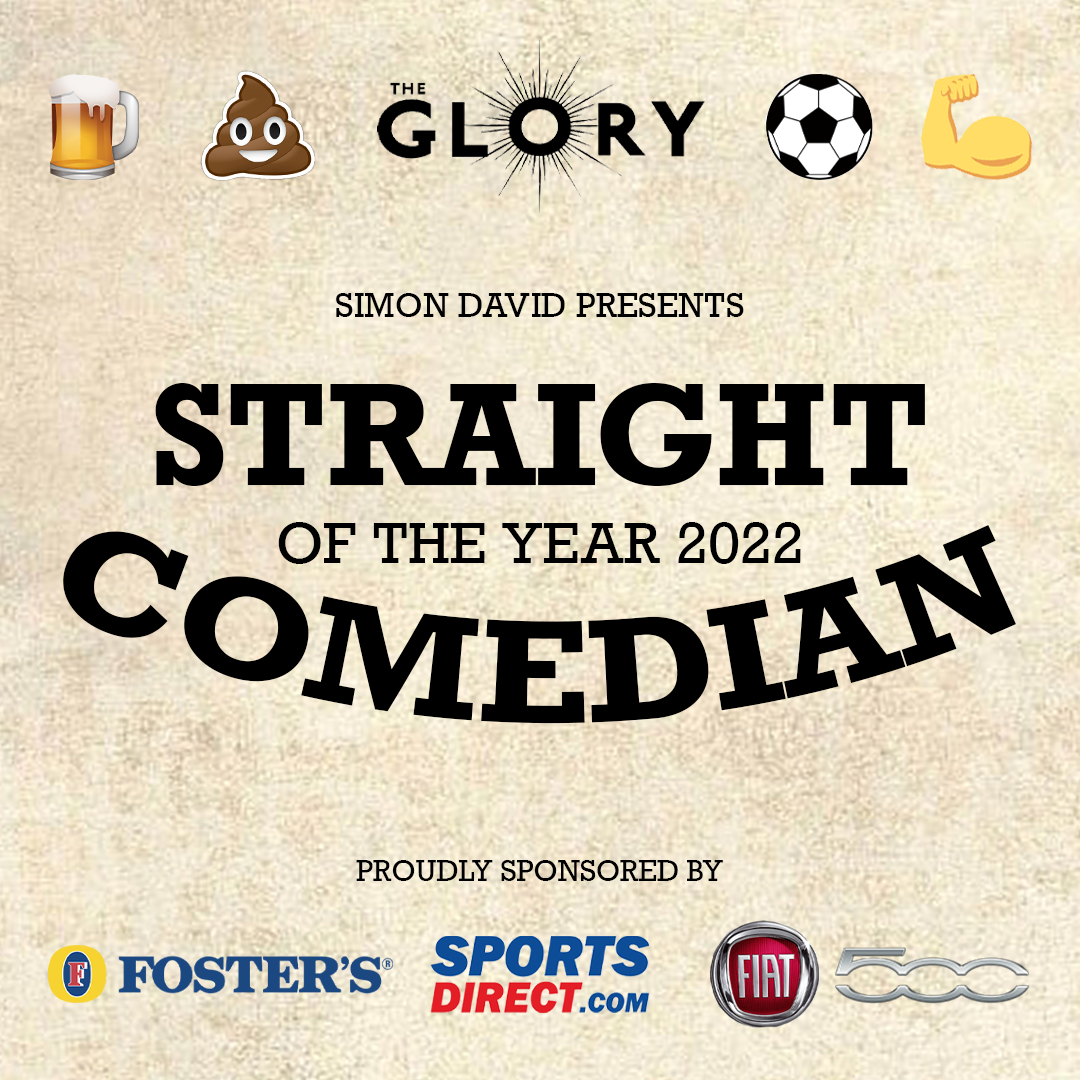 Let’s give straight people a chance! 💯

The UK comedy industry is saturated with queer acts leaving many heterosexual comedians with nowhere to go… besides All Bar One.

So join Simon David’s search to find the UK’s most exciting straight act to win the prestigious SCOTY 2022 title and a grand prize of a Sports Direct Gift Card worth £100,000, an unlimited supply of Fosters and a Fiat 500.

🔥 HEAT FIVE LINE-UP TO BE ANNOUNCED! 🔥

Any act discovered not to be 100% straight will be disqualified from the competition and receive a SCOTY lifetime ban. LGBTQ+ audiences are more than welcome to attend but a reminder that this is an event for straight people by a gay man celebrating straight people.

SHORTLISTED New Act of The Year 2022