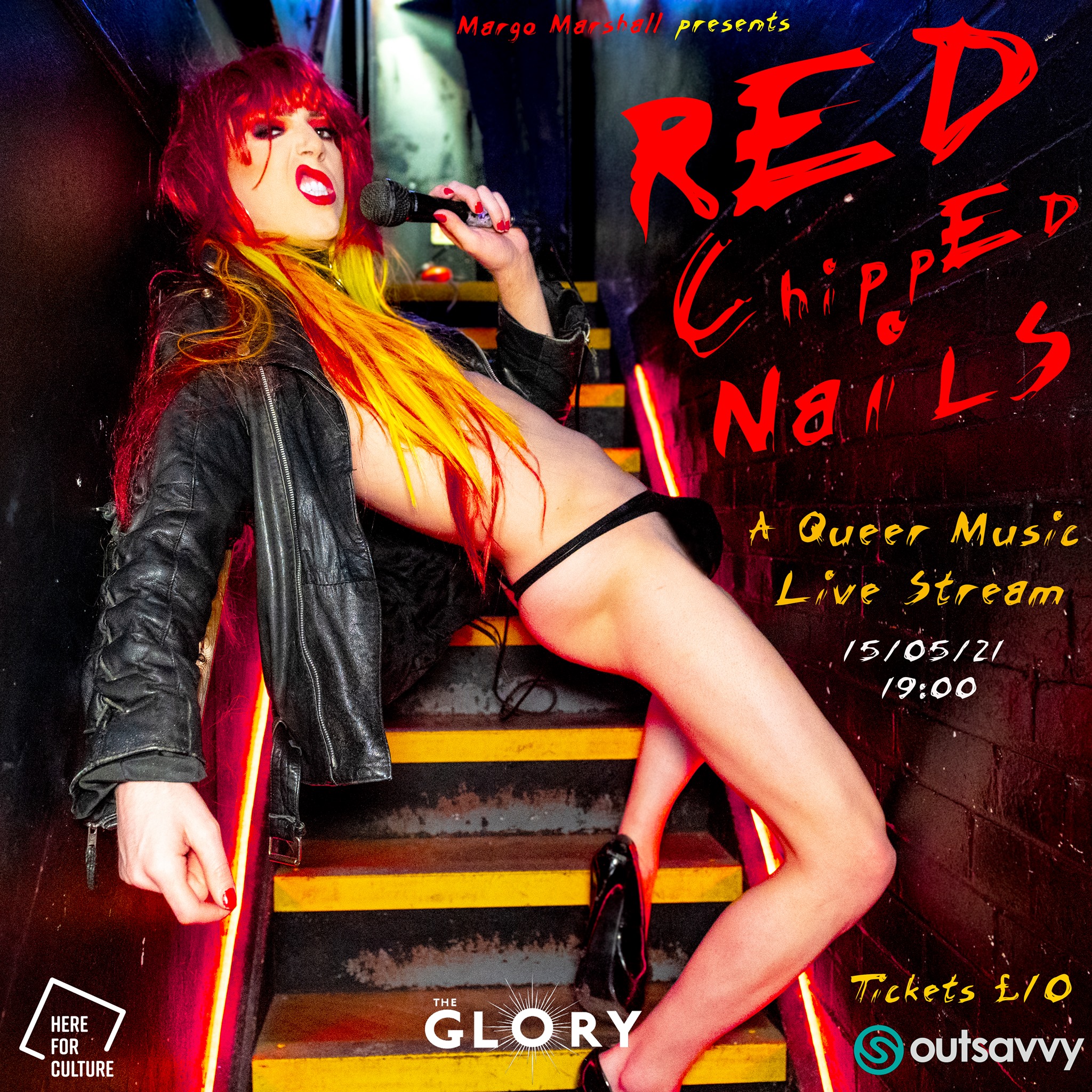 Direct from the glittery and gritty underground queer scene, MARGO presents the definitive Live Stream experience in partnership with infamous East London performance mecca The Glory. Ahead of its grand re-opening May 17th, MARGO leads an all-star cast in a 1 part rock show & 2 parts drag ‘Top of the Pops’ in what is a true glimpse into the current and future of the LGBTQIA+ nightlife scene.
With set of original music this show is a visceral experience all about gender expression, questioning where you put your limits on what music, drag, performance and nightlife could be.
MARGO & her band lead a gang of artists living it for real including special guests: Alt-cabaret legend Jonny Woo, original gay riot girl music from star Baby Lame, an acoustic masterpiece from scene stealer Cassandra, Aus’s sultry songstress Cazeleon, cleverly camp comedian Sue Gives A F**K, an exclusive performance from Crystal & interview from the set of Bimini’s brand new music video.
This show is a rare snapshot of this seminal moment in punk drag.
PLUS! Premiere performance from Eurovision star and hypnotic Norwegian vocalist Uma Nite and her new single – ‘Memento Mori’
Links to the live stream will be sent on the 15th March at 19:00 to then be viewed in Vimeo at your leisure for 48 hours.
The Band
Lead Vocals – Margo
Vocalist – Cazeleon & Sue Gives A F**k
Pianist & MD – Robyn Herfellow
Bass – Pretty Pete
Drummer – Hot Rod