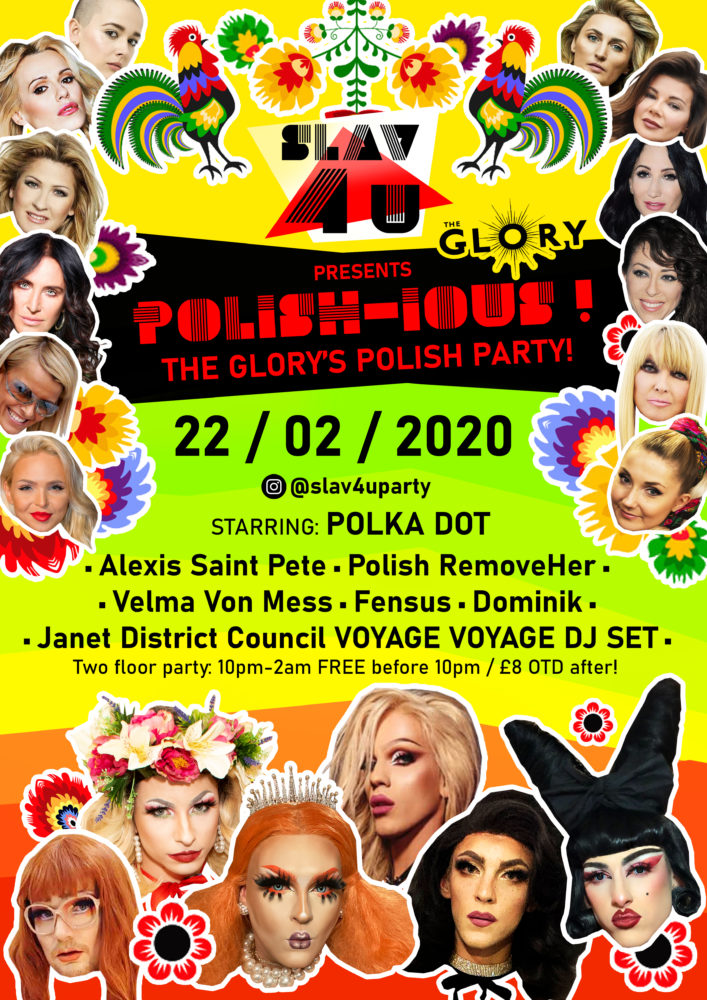 SLAV 4 U and THE GLORY presents…

Hosted by drag queen POLKA DOT, and her Polish cabaret collective SLAV 4 U, expect a night of non-stop dancing and sexy slavic drag shows from:

JANET DISTRICT COUNCIL, checking everybody has their visas, and double checking that nobody is gay.

Show time will be downstairs at 10.30pm, and popping up across both floors all night – charge your phones because they’re gonna be blonde hair extensions, lip fillers and glossy legs EVERYWHERE, Polish pop stars DO NOT MESS ABOUT.

Entry into The Glory is FREE before 10pm, and £8 after.

The venue opens 5pm as a pub.
The club opens from 10pm.

(There is a downstairs ticketed show at 8pm by “Slav 4 U” collective which is NEARLY SOLD OUT. See our Events page)

Expect your usual big Saturday night Glory party, with some Polish pop and dance added into the mix, and some sexy slavic show girl times….. Who’s ready for a good milking?

PRIZES FOR THE BEST POLISH DRESS!

Find out more on the ticket page….