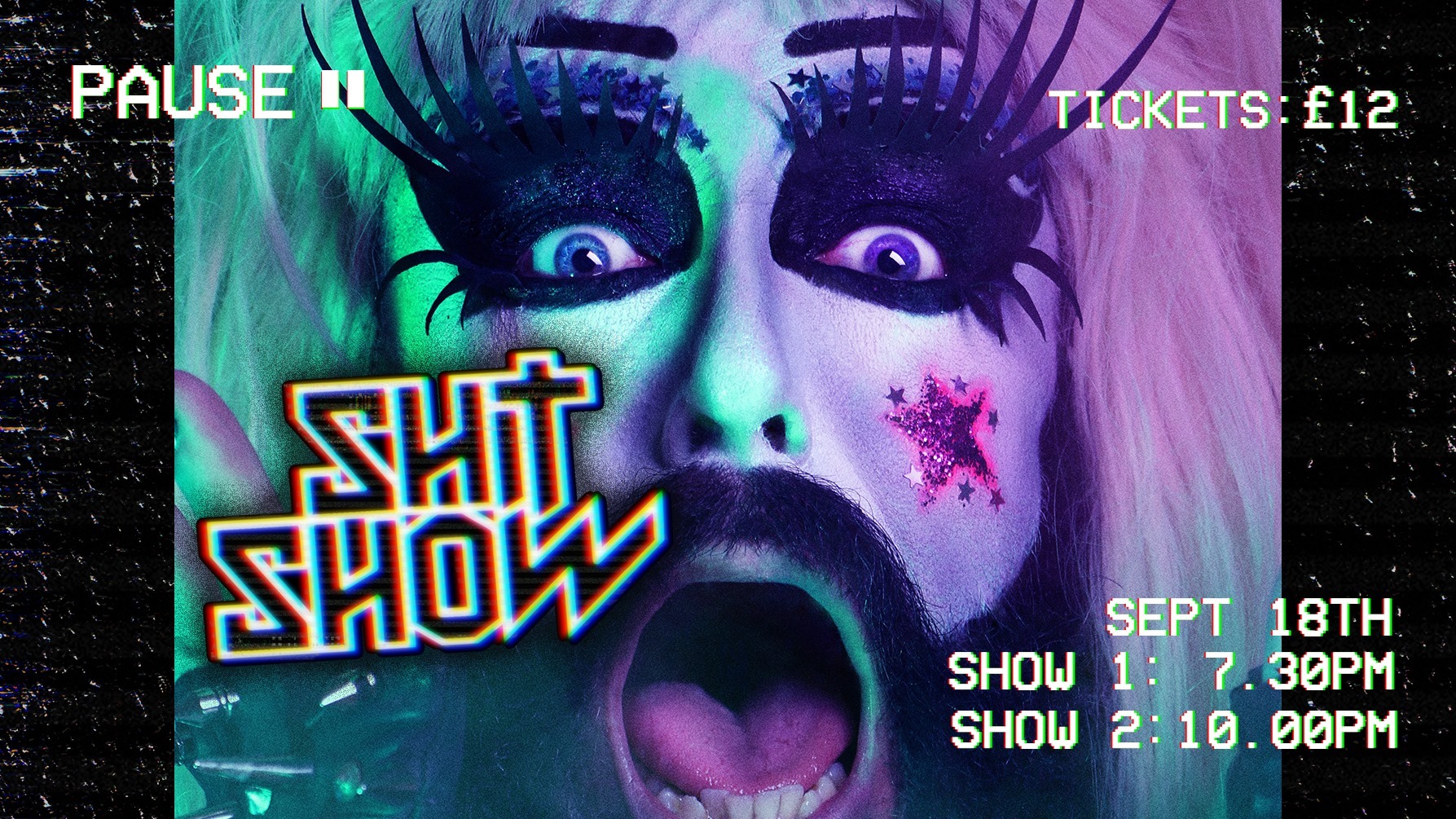 WE’RE BACK BABY… WITH DOUBLE SHOWS!

One of London’s most acclaimed underground cabaret nights and The Glory’s longest running variety show (!), Shit Show has become legendary for it’s filthy frenzy of shamelessly sleazy and avant garde cabaret from some of the country’s most exciting and acclaimed performers.

To mark this special milestone, Baby has pulled together some of her favourite performers to put on the ultimate SHIT SHOW!

MAWAAN RIZWAN:
This majorly talented Comedian/Actor/Writer is taking over the UK’s comedy scene and is currently starring alongside Maisie Williams in Sky 1’s “Two Weeks to Live”. Other credit BBC2’s Live At The Apollo, Channel 4’s Harry Hill’s ClubNite and supporting Simon Amstell on tour… yep, they’re a big deal.

BLANCHE DUBOIS:
Member of legendary drag troupe The Lipsinkers and ever the critics darling, “Mexican Spitfire” Blanche has toured the world performing their stunningly original acts and have firmly cemented their status as a true cabaret icon!

LADY NOELIA:
World Record Holder and winner of ‘Crystal’s Creatures’ drag pageant, Lady Noelia has spent the last few years storming stages across the UK with her fiery brand of sass, body positivity and killer choreography – she is pure FIRE!

All that, plus you’re itty bitty hostess with the most..ass, Punk-Horror-Drag Superstar… BABY LAME!

“Baby Lame is one of the most idiosyncratic and exciting cabaret characters to hit the London scene in the last few years. A towering, slightly terrifying but acutely endearing cabaret clown who goes where few others would dare.” (QX Magazine)

“Great charm and hilarity” (The Guardian)

“A welcome breath of fresh, anarchic air on the London cabaret scene” (Out Here Magazine)

“Baby Lame provides an unforgettable experience you will not forget no matter how hard you try!” (Peaches Christ)

“Lame keeps hold of attention with a steely grip while demonstrating an incredible ability to improvise” (This is Cabaret).