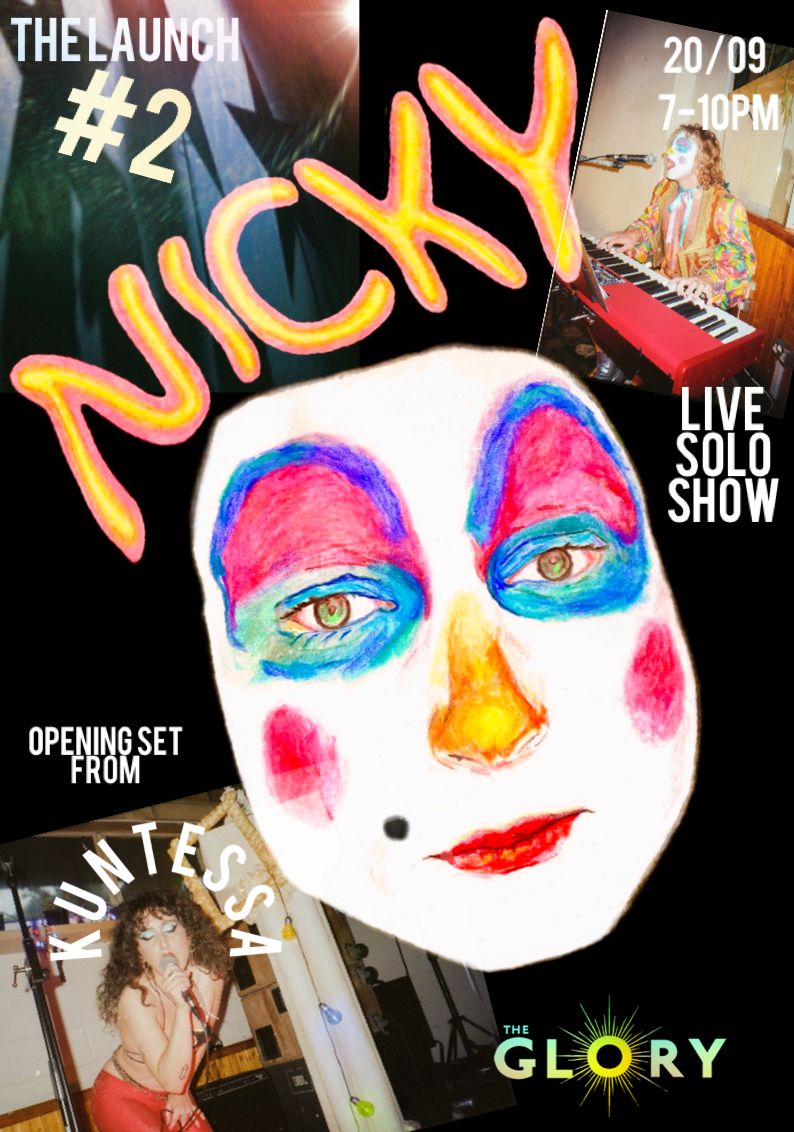 After their sell out show in the Avalon of South London, NICKY has crossed the river to grace East London with another solo musical appearance.

The second iteration of NICKY: the launch will once again guide viewers and listeners alike on a vivid ODYSSEY through time and space; interweaving classic song with original compositions, and tales from the very, very heart of it all.

A musical memoire promising psychic musings, supernatural moments and belief in something, in somewhere, in someone.

NICKY is an international performance artist, rumoured to have been taught to sing by lions when living with a circus. He used to balance on a ladder until one day, he woke up and could play Mary J Blige and George Michael’s ‘As’ on the piano. From then on he was known as the human jukebox. He has toured with Stevie Nicks, Toyah Wilcox and was kicked off Barbra Streisand’s 2006 Fall North American Tour. It’s not known how old NICKY is.
KUNTESSA is an xxxtreme xxformer, always up 2 no good
she puts the A$$ in $a$$ n cla$$