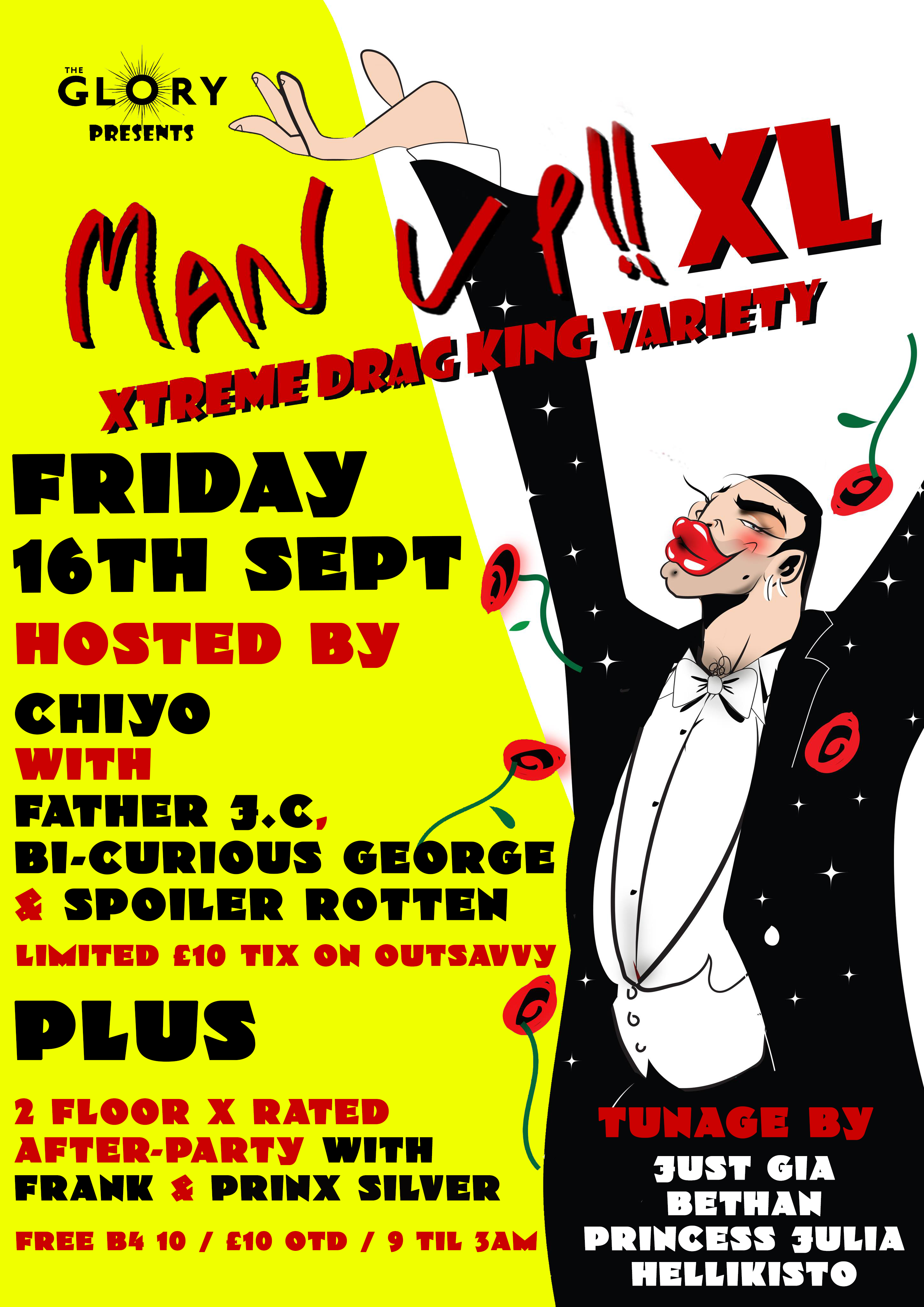 It’s time for our big, bulging boys to take-over 2 floors of The Glory & pump you full of king excellence!!!!

Head downstairs & get ready for a buttock clenching show stuffed full of XTRA HOT kings hosted by the king himself CHIYO featuring the cheekiest Irish vicar FATHER J.C, king of the jungle BI-CURIOUS GEORGE plus 1 more act to be announced!

These limited cabaret tickets grant you entry to the Cabaret PLUS our 2-floor thumping takeover after-party!

GET YOUR TWELVE PACKS OUT AND SNAP THESE TICKETS UP NOW!

If you don’t get a ticket for the cabaret, you can still come to the…

Shoot a big ‘roid shot & party with the boys n’ swagger over two sweaty floors til 3am! There’ll be a rippling rotation of DJs keeping you pumping including royalty herself PRINCESS JULIA, lord JUST GIA, dame BETHAN & prince HELLIKISTO – All spinning the tunes to make your batty move!

PROCEEDS FROM TICKET SALES WILL BE DONATED TO A GENDER AFFIRIMING SURGERY FUND!