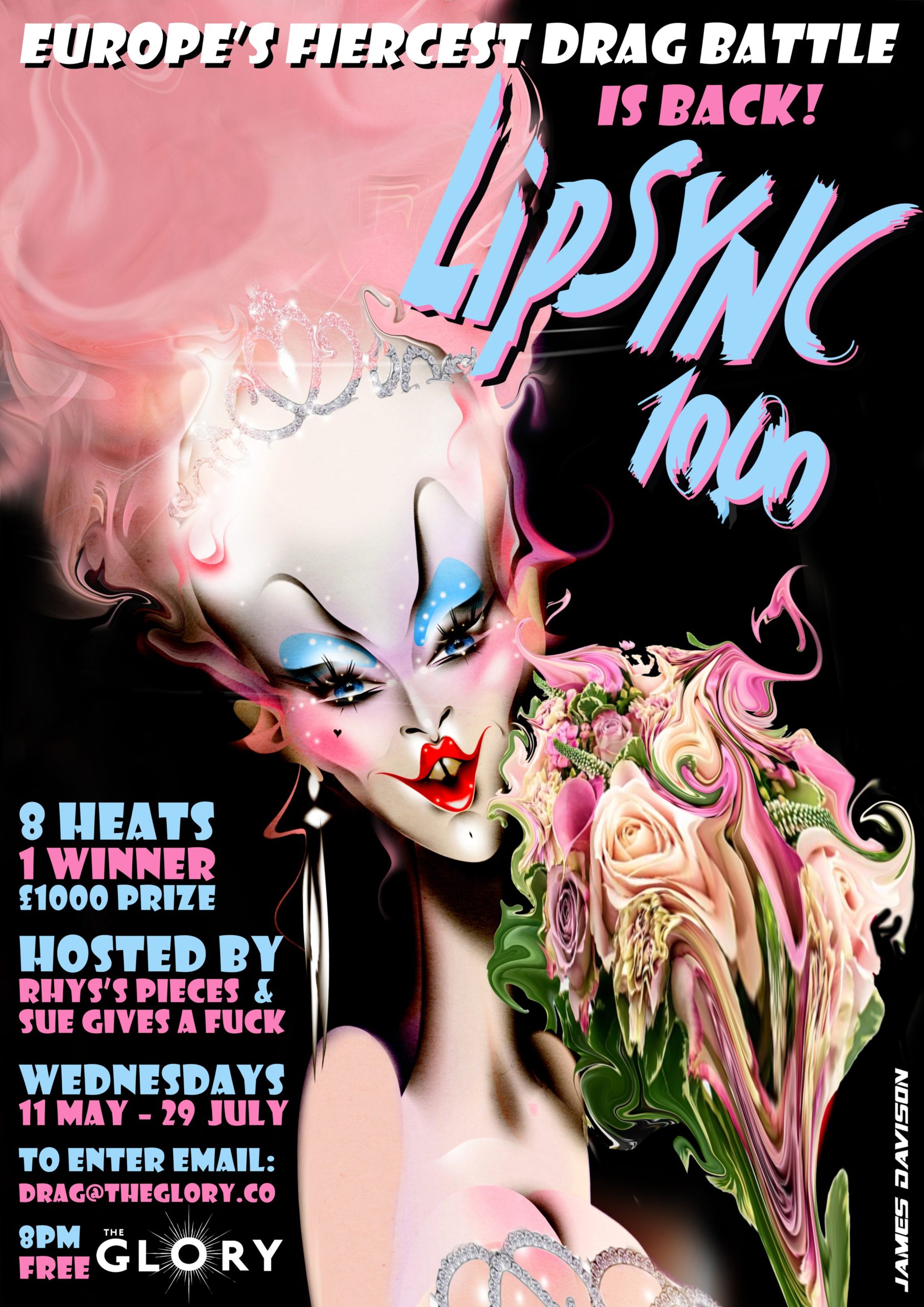 IT’S BACK! – Europe’s fiercest drag battle, the jewel in The Glory’s glittering queer crown – LIPSYNC1000!
Established in 2004, LIPSYNC1000 is the beating heart of London’s alternative drag community, where the worlds of fashion, art and nightlife combine into chaotic haze of heel-stomping non-stop glamour!
Hosted by RHYS’ PIECES & SUE GIVES A FUCK with a CROWN GRABBING performance each night!
FREE TO ENTER! FREE TO WATCH!
An amazing Wednesday night – Show time 8pm but arrive from 5pm for the best views! There are 8 x Wednesday heats to enter between May 11th and June 29th.
Fancy entering? Email your interest to: drag@theglory.co
Queens entering get FOUR MINUTES to show off & they’ll be judged on their look, their lipsync, and their overall star power. Each Heats winner(s) will go through to the £1000 cash final.
But it’s not just about the money – queens who have impressed at LIPSYNC1000 have gone on to have shows and nights developed at The Glory, they’ve performed at Glastonbury, Latitude, Hackney Empire, the MTV Awards and London & Brighton Pride – all off the back of wowing in LIPSYNC1000!
Former Miss Sink The Pink’s Jonbers, Georgie Bee, Grace Shush, ShayShay and Bimini were all finalists of LIPSYNC1000 first – so newbies, get INVOLVED y’all!!
Each week has special guest judges – from other arts venues, journalists, favourite scene faces, fashion designers and the odd celeb for a giggle.
The glittering Grand final will be at The Grand in Clapham Junction on THURSDAY 21st July 2022….. SAVE THE DATE!
N.B Access
The Glory is wheelchair accessible but the toilets are not. They are up a narrow flight of 3 steps.
Doors 5pm / Show 8pm / FREE