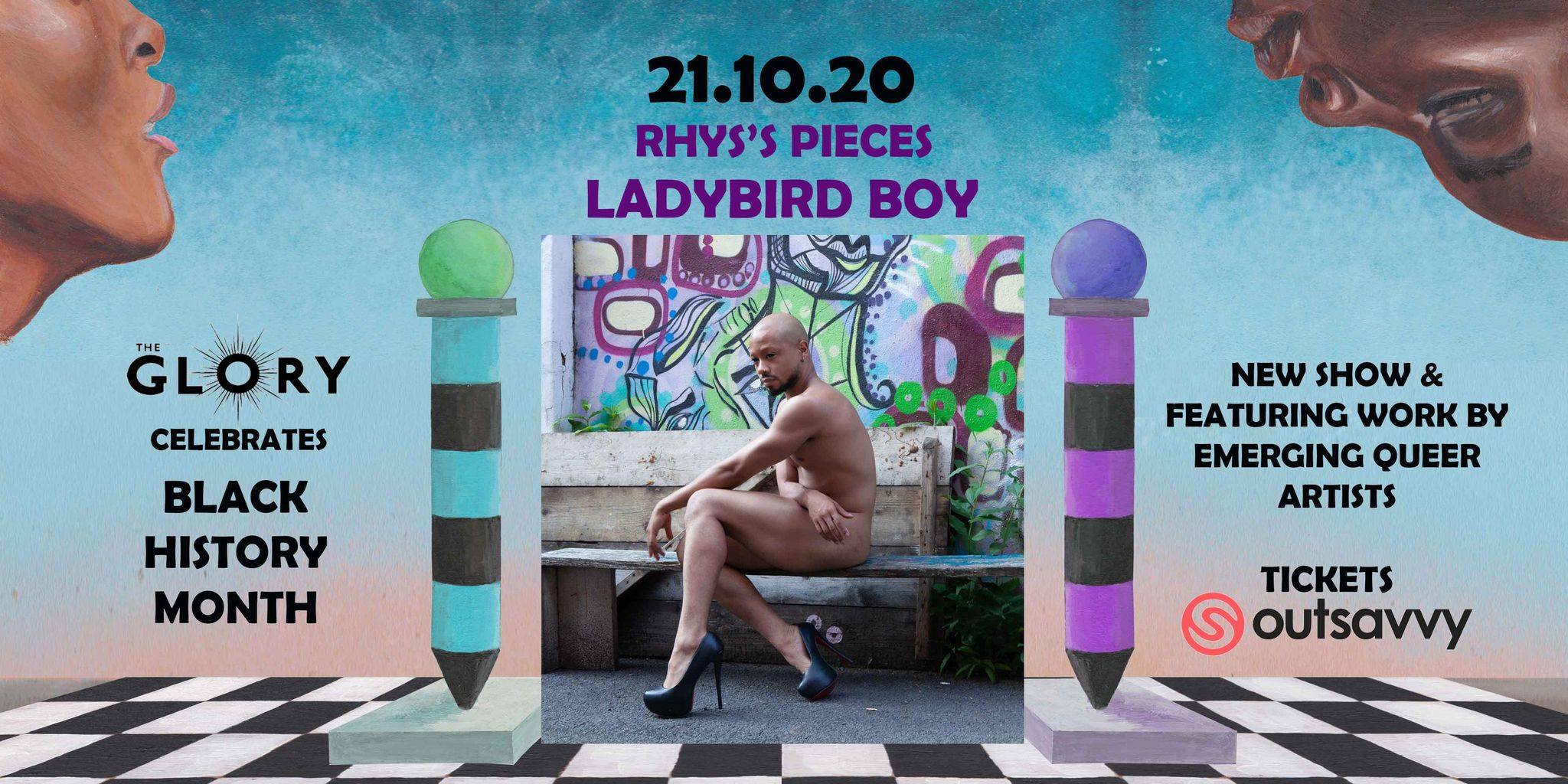 What makes up the Pieces of Rhys? Demons and monsters; Sexuality and fierceness; terrified of his blackness. The bad-bitch drag queen. Snatching crowns. Spitting fire over the mic.

‘Ladybird Boy’ is a brand new work by one of The Glory’s finest artists Rhys’s Pieces. In this scratch performance supported by Hackney Council Windrush Grant, Rhys grapples with concepts of his own masculinity; his ‘blackness’ and his ‘whiteness’; his sexuality and his re-moulding of what it is to be a drag artist. Rhys’ Pieces uses dance, lip-sync, rap and film in a show, which promises to be raw, potent and vital.

As part of the programme, Rhys and The Glory have invited 3 of London’s black queer artists to present new work which honour and celebrate their own contributions to the city and that of The Windrush generation.

Rhys’s Pieces is descended from The Windrush generation and his work is a testament to their legacy in London.

Supported by Hackney Council and the Government Windrush Day Grant.