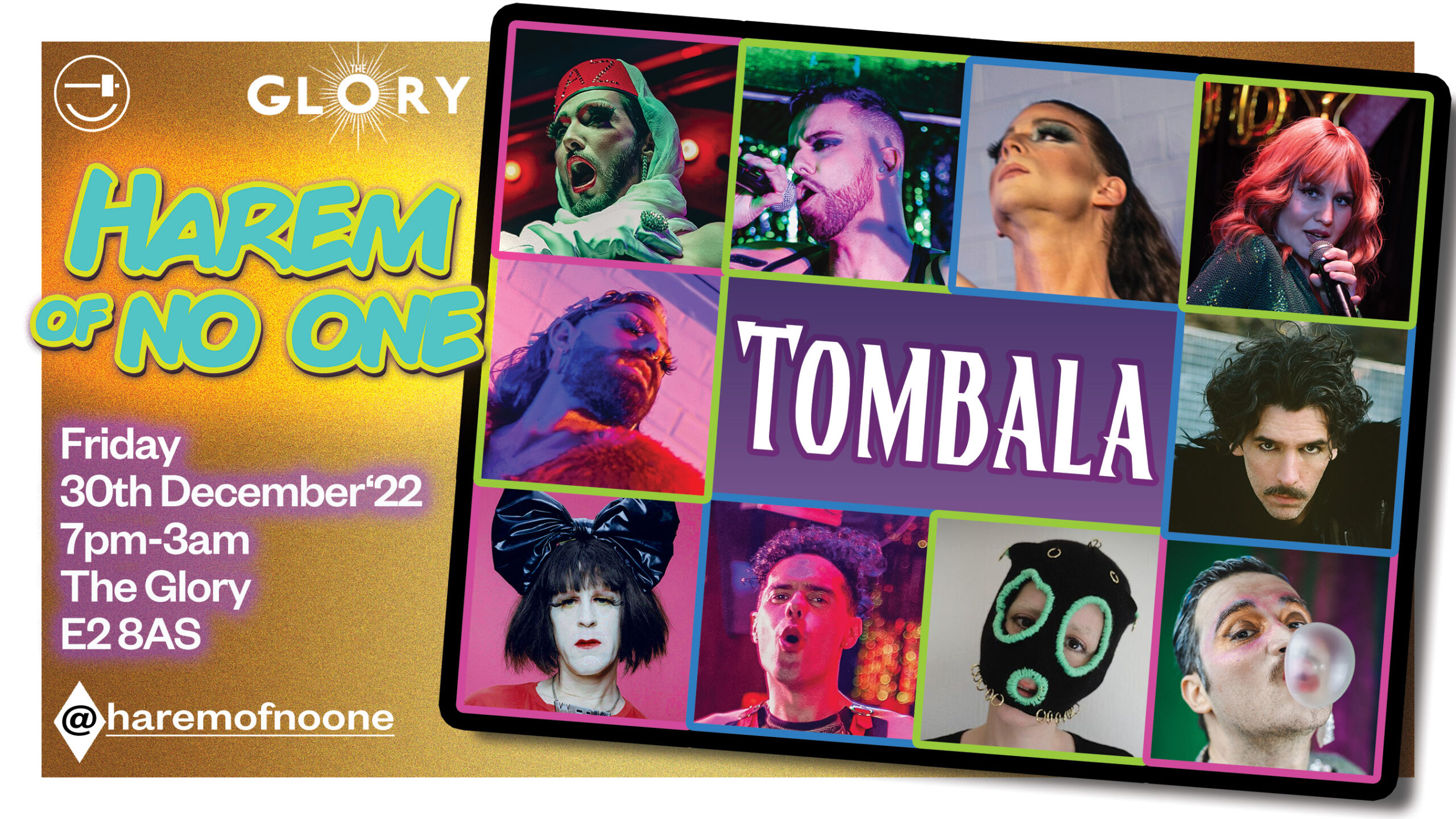 Harem of No One – Tombala: NY in London

If you lived in Turkey between 1980 and 2000s, you would remember the popular New Year celebratory game called Tombala which can be summarized as the turkish bingo. Over time, the term Tombala identified in the turkish slang language as ‘putting your hand into your pants to grab your own genitals’, the metaphor being the act of pulling numbers from a cloth sack. So, you can see how our party can go both ways, just the right kind of dilemma we would like to create in our minds for the death of 2022 !

Join us as we unveil the presents of the past year, pull out some numbers from our bag of tricks and play a weird version of Tombala. Our hostess the magnificent Cazeleon will be giving us Secret Santa vibes, together with Beyond OZ, Darlink Dick, Sheker Paré and Tahini Molasses on the stage. The maestro Uran Apak, you might remember from our latest even with their live set is also on the return to Harem, while Martha Barbra & mine will join forces together as just another Harem Soundystem dj set exploring Turkish Erotica music genre. At the aftermath of the shows, we won’t stop there and follow up with an after party until 3am with Toby Kind, Martha Barbra and a big supporter of our collective since the beginning, the legendary east london hero dj Grace Sands.

Join us and get ready to play this game full of surprises !