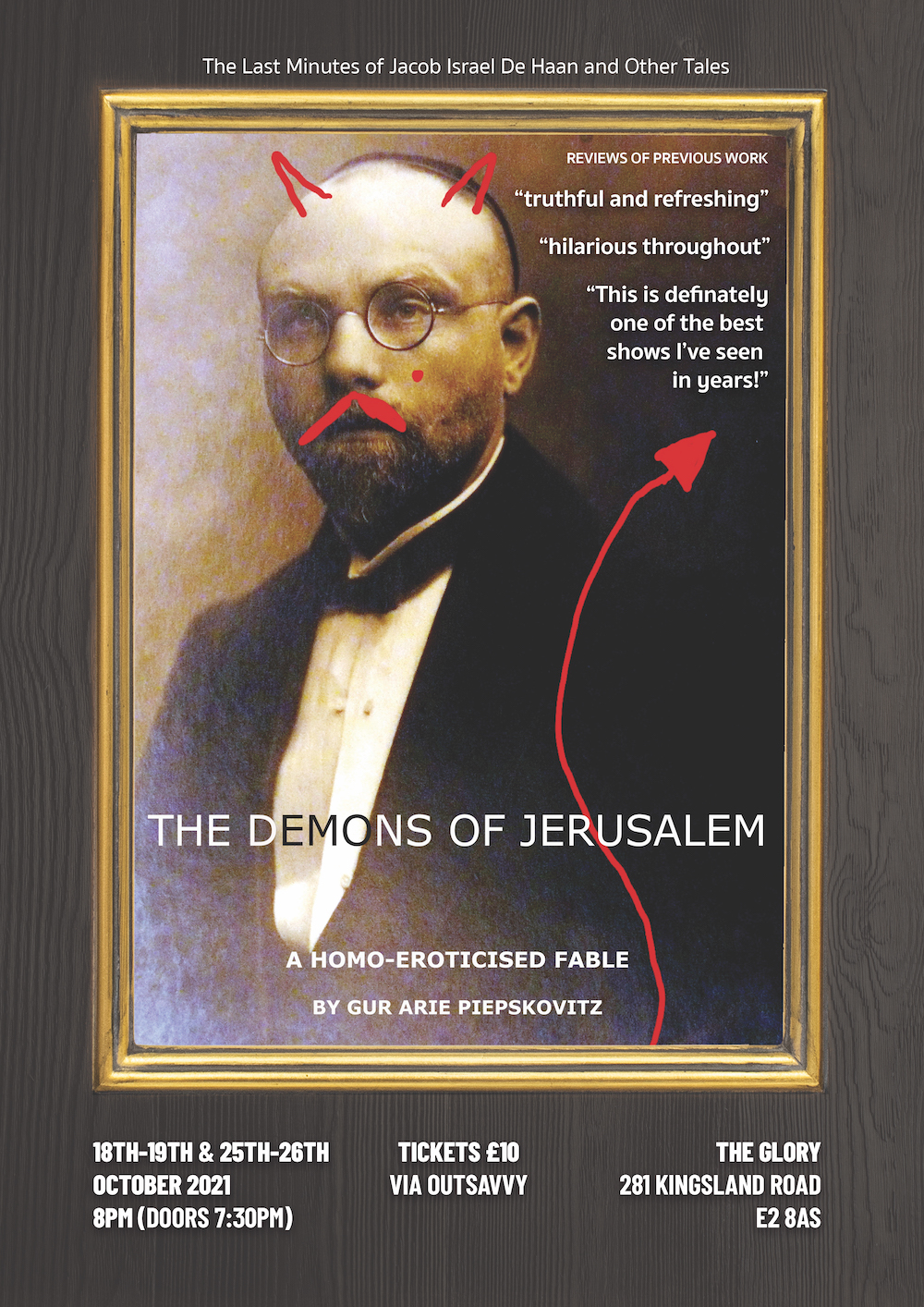 The Demons of Jerusalem

How many people do you know around here that exchange poems by a gay orthodox Jewish Dutch guy instead of nude pics on a men4men forum?”

The Demons of Jerusalem is a psychological drama, shifting between three time periods but staying in one location: the area of Jerusalem where Jacob Israel De Haan was murdered. De Haan (1881-1924) was a poet, author, journalist and lawyer, whose death was arguably the first politicised murder in the history of Israel.

The play explores the conflict between primordial desire and a longing for purity and holiness. De Haan’s story is one of integrating several identities; an ongoing journey of reconciling differing beliefs and contradictions within ourselves. As the characters search for answers within one another, we are led to question and unravel the masculinities of their very different worlds.

“This is definitely one of the best shows I’ve seen in years.” Giulia Casalini